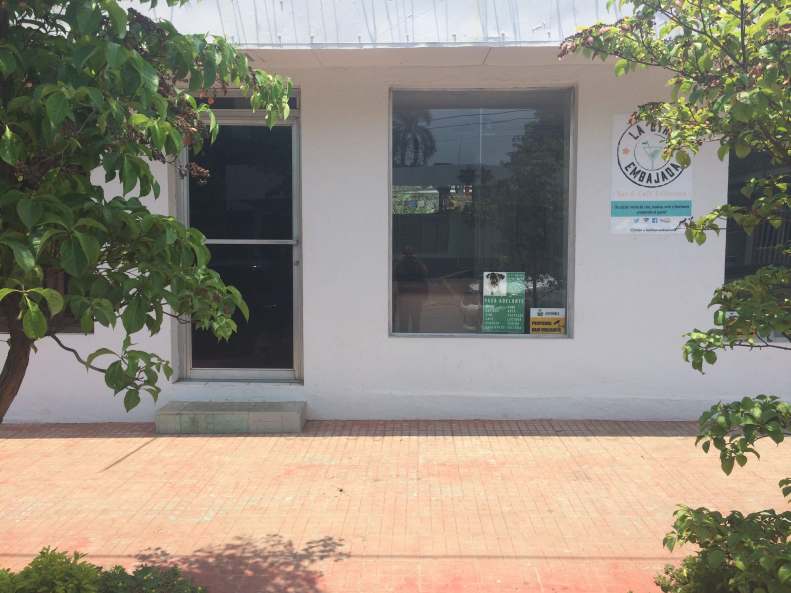 In the consciousness of most Americans, Nicaragua brings to mind images of camo-wearing, assault rifle toting guerrillas trekking through the jungle, but the Nicaragua of 2016 is an entirely different animal.

Nicaragua is a country in the midst of a tourism boom. This is largely resulting from it being the safest country in Central America and its wealth of sights, both natural and man-made. From beautiful colonial architecture to cloud forests inhabited by howler monkeys, Nicaragua is in many ways an undiscovered paradise.

Traditionally, nightlife in Nicaragua has long centered on large and utilitarian bars serving one of two national beers, Toña or Victoria, with food that is often an afterthought. However, change is on the horizon, as a result of a gradually globalizing populace with international tastes.

For a short period of time there existed a bar called La Otra Embajada. It was a member of this new wave of Nicaraguan nightlife before it closed. It was one of the few bars where one could find craft beer, in their case locally made Pinolera, as well as international cuisine in a relaxed setting. Personally, I preferred the Pinolera Stout, a smooth, tasty beer with hints of cinnamon. LOE also carried other varieties of Pinolera, standard national and imported beer, as well as a fully stocked liquor bar. Particularly notable from the liquor bar were the Irish Coffee, White Russian and Sangria.

La Otra Embajada was situated behind the Universidad Centroamericana and shared the neighborhood with the highly lauded Hispamer bookstore, a slew of bars and restaurants, and oddly enough a number of homes and apartments. The neighborhood was walkable and lively even on weeknights.

Although unassuming from the outside, the interior design of LOE was sleek and modern. White walls were lined with a conglomeration of paintings, including a portrait of Frida Kahlo, and cult movie posters. Movies were often projected on a wall to add to the ambiance.

The menu had influences from nearly every corner of the world. Tacos, pizza, hummus, and paninis were all on offer. Their Media Noche sandwich brought me back to my formative years in South Florida.

La Otra Embajada also had delicious artisan coffee. It was one of the few places in the country where one could find a Vietnamese Iced Coffee, a delicious coffee drink made with condensed milk, and other international takes on Nicaragua’s top export. La Otra Embajada was popular among the business lunch crowd and often had promotions or one-off meals directed at those patrons.

The vibe of LOE was relaxed and extremely conducive to catching up with old friends, or playing board games over a beer or sangria. If there wasn’t live music, the owner Roberto was usually playing laid back tropical house or hip-hop over the speakers. It often felt more like a cafe than a bar but this was a positive in LOE’s case.

La Otra Embajada had a dedicated following that made it to most of their events. We will remember LOE with fondness. In a country where most bars only host cover bands, LOE regularly hosted live bands playing original music. Some nights, one could catch a showing of an independent film or sing karaoke at the top of their lungs. The variety of events was a major selling for locals and foreigners.

LOE may have been more than Managua was ready for. It was eclectic yet engaging, relaxed yet lively in a city that runs at a very high pace. A bar that featured a book club and allowed a space for alternative culture to flourish. I will miss La Otra Embajada and I wish its owner and manager Roberto success in all his future endeavors.

Jeremy DaCruz (Episode 154, Episode 197) is a recent graduate of the University of Central Florida and is currently living with his mother and his dog in Asheville, North Carolina. His time is divided between carousing about in Asheville and the surrounding countryside, reading books, and writing in anticipation of his move to Managua, Nicaragua in December of 2015. There he will be doing humanitarian work for the next two years.