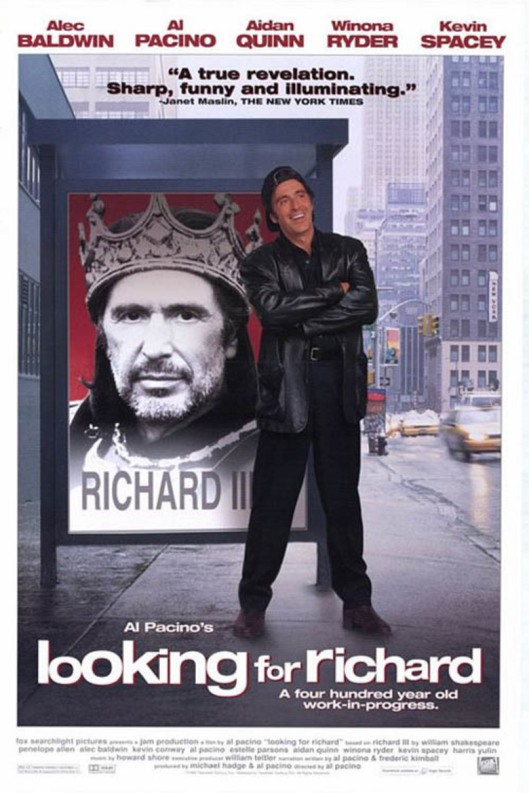 Al Pacino is among the absolute best American film actors, and he would have a triumph as Shylock in Michael Radford’s 2004 film of The Merchant of Venice, a triumph he would extend to the stage in the Shakespeare in the Park production of Merchant in 2010, which would later again appear on Broadway.

His 1996 skirmish with Shakespeare on film, Looking for Richard, was, alas and fuck, nothing of a triumph. 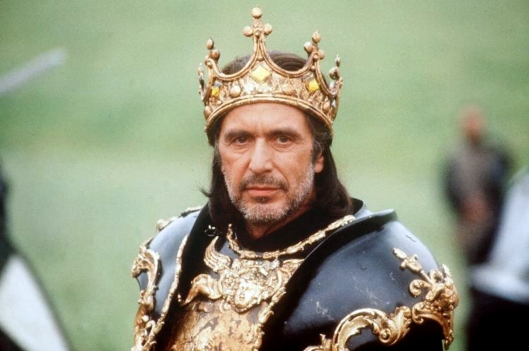 The premise of Looking for Richard is quasi-meta-, which is to say that it fails to be metacinematic or metatheatrical. Pacino decides to mount a partial production of Richard III while filming seemingly all of the behind-the-scenes of the production, with interviews with veteran Shakespearean actors like Kenneth Branagh, John Gielgud, Derek Jacobi, Vanessa Redgrave, Kevin Kline, and James Earl Jones.

Your humble rogue wishes that Pacino would have had these veteran actors sit down for a meal and dish on their experiences with the bard, and left the conversation uncut. I could have watched four hours of that.

Looking for Richard’s 112 minutes feels like a very long time. 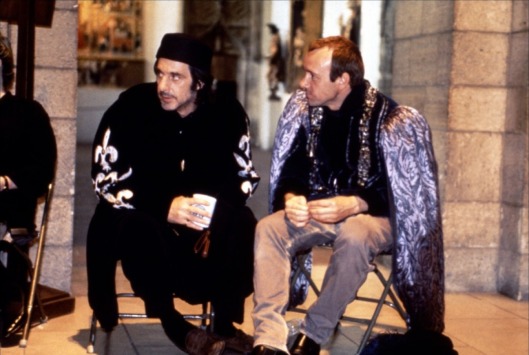 Part of the thesis of Looking for Richard is that looking to understand and perform Richard III leaves Al Pacino feeling very muddled. He proves this thesis overwhelmingly. If you look in the dictionary next to the term “vanity project,” Looking for Richard’s movie poster should appear.

Early in the film, Pacino says in a car going across the Brooklyn Bridge, “It’s very confusing. I don’t know why we even bother doing this at all, but, uh, we’re going to give it a little bit of a try.”

He actually said that. To an audience.

I feel embarrassed for Pacino, who felt that his confusion was worth sharing. The purpose seemed to be to humble himself before Shakespeare, so that perhaps American audiences would do the same. Why fatuous twaddle would make American audiences swoon on the bard’s behalf is a mystery. 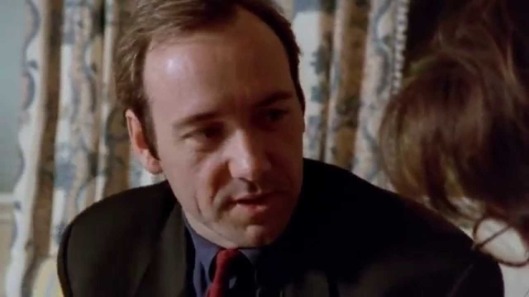 The segments that enact Richard III sometimes seem promising, although one suspects more rehearsal would have done wonders. Kevin Spacey and Alec Baldwin (Pacino’s castmates from Glengarry, Glen Ross) are joined by Winona Ryder and Kevin Conway for a cast of American actors who could, theoretically, rock the script.

In case they do, Pacino for reasons passing all understanding will cut to footage of himself fussing about, like when he is harassing Manhattan pedestrians for their thoughts on iambic pentameter. There is a semiotic through-line, so the choices aren’t totally illogical.

The disappointment springs from the premise that Shakespeare is almost too difficult to be understood by actors not trained in Shakespeare, and that the pleasure actors give by making these plays accessible to audiences, through superior performances, is not as interesting as complaining about the preparation required to give superior performances.

I can’t help but think that if he only turned his cap forward, he would have come to his senses.