The Curator of Schlock #148 by Jeff Shuster

A Bullet for the General

If they were to stop making movies tomorrow, I don’t know that it would matter to me. There are decades upon decades of cinema to sift through.  I could probably live three lifetimes and not have enough time see every movie ever made. I decided to ban of covering any movie made past 1979 for the whole year on this blog. This was due to my trauma at viewing the Adam Sandler comedy Pixels and its misuse of 1980s nostalgia. 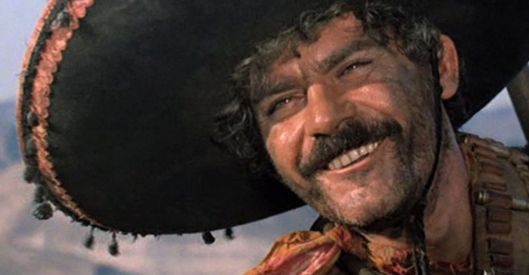 I like to do theme months on this blog to force myself into exploring a particular genre of film. I went with Spaghetti Westerns this month because I was obsessed with Sergio Leone’s Man With No Name trilogy as a boy. I remember recording a syndicated broadcast of The Good, the Bad, and the Ugly in the late 1980s. As I recall, the network split the movie up and aired it  on two nights to accommodate the almost three hour length. It was pan and scan in addition to being chock full of commercials that I had to fast forward through, but none of that mattered. I was mesmerized by the coolness of Clint Eastwood, the cruelty of the villains, and the Civil War backdrop. I can still quote lines from the movie like when Tuco says, “I like big, fat men like you. When they fall down, they make more noise. Sometimes they don’t even get up at all.” I used to listen my father’s LP of the Ennio Morricone score while working on my 6th grade homework.  I spent my allowance on western capguns and holsters while donning my dad’s cowboy hat, imagining what it would be like to be a bounty killer in the untamed west.

But I never really went on to explore the genre beyond that classic trilogy until this month. You have to understand that while having access to cable TV and video cassette recorders gave me access to movies that previous generations of movie watchers could only have dreamed, that was still nothing compared to what we have access to today. DVD and Blu-Ray gave companies an excuse to re-release obscure and forgotten classics. Streaming channels also give access to films you’d never see on cable or broadcast television.

The four films I watched for the blog this month are available on Amazon Prime. I enjoyed them all, but A Bullet for the General from director Damiano Damiani stands above the rest. In fact, I would argue it stands as tall the Man With No Name trilogy. I don’t really want to write about the movie because it’s so good that I want you to watch it with few hints of what to expect. From the title, you can gather that the movie is about a general and a bullet with his name on it. 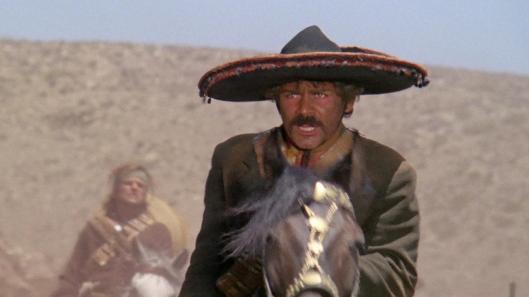 A Bullet for the General belongs to a sub-genre of the sub-genre of Spaghetti Westerns called the Zapata Western, a genre that deals with the political themes of the Mexican Revolution.  Make no mistake, though, this is a Spaghetti Western: ugly characters, cruel deaths, and moral complexity. For instance, if an evil man saves your life and gives you a square deal, what does that make him to you? A friend? If an evil man is your friend, what does that make you? Think on that. Until next week.