Gus Van Sant’s My Own Private Idaho is a stylized, Midnight Cowboyesque romp through the gay underworld of the mid-and-north-west. Oh, and it’s sort of an adaptation of Henry IV. 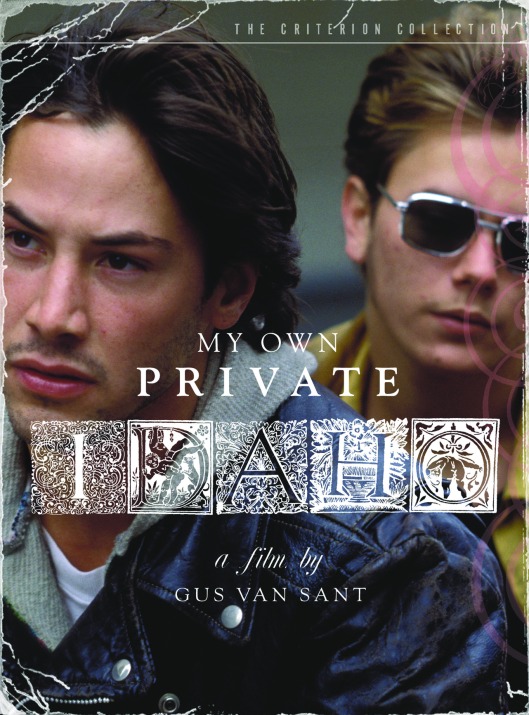 Bill Stafford’s music takes the steel guitar of honky tonk music and extends that sweet tang to exotic Hawaiian proportions, defamiliarizing “Home on the Range” and “America the Beautiful,” and that sonic dreaminess combines with some visionary cinematography by John J. Campbell and Eric Alan Edwards that makes the scenery of My Own Private Idaho into an enchanting painting that is alive.

Mike Waters (River Pheonix) is a narcoleptic gay hustler traveling the midwest. He is haunted by memories of his mother. He is befriended by Scott Favor (Keanu Reeves), a rich kid whose father is the mayor of a city, who is slumming to make himself feel alive and test the systems of power that will gladly grant him a privileged position in it.

In one delightful metafiction scene, the characters of the film appear on the covers of blue boy magazines. Scott Favor offers his theories about the hustling life as his companions interject with their own opinions and objections.

Gus Van Sant’s complex mixture of various registers of dialogue makes it not that surprising when, a half hour into the film, Bob Pigeon, a latter-day avatar of Falstaff, shows up using a debased version of Shakespearean verse. 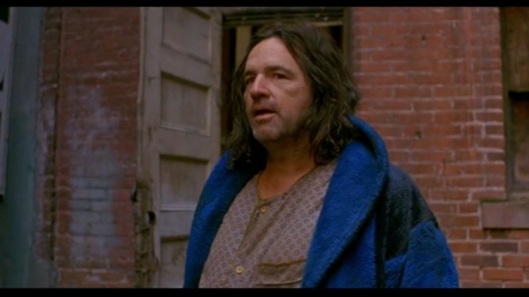 This is an especially loose adaptation, one that is bold in its weaving in and out of Shakespeare’s text.

What a devil hast thou to do with the time of the day? Unless hours were cups of sack and minutes capons and clocks the tongues of bawds and dials the signs of leaping-houses and the blessed sun himself a fair hot wench in flame-coloured taffeta, I see no reason why thou shouldst be so superfluous to demand the time of the day.

In Van Sant’s idiom, it goes,

Why, you wouldn’t even look at a clock, unless hours were lines of coke, dials looked like the signs of gay bars, or time itself was a fair hustler in black leather… isn’t that right, dude?  There’s no reason to know the time. We are timeless.

The hijinks of this band of miscreants in the jangled aesthetics of Van Sant’s film seems especially appropriate somehow, and perhaps this is what allows us to lose ourselves in the story, and feel closer to its spirit. (Some of Shakespeare’s tavern scenes are, truth to be told, a bit stiff.)

Yet what is most surprising is not the Shakespearean slumming, but the story of Mike and Scott’s friendship. Scott looks out for Mike, whose narcolepsy makes him especially vulnerable, and throughout this peripatetic story, Scott will try to help Mike find some sort of closure with his mother.

Along the way, Mike will confess to Scott that he loves him, even though Scott will only have sex for money. Scott will love Mike, but their relationship will be threatened when Scott comes into his inheritance.

Mike will come to represent the underground lifestyle that Scott will choose to reject. Falstaff, and Bob, are essentially clownish characters. (According to E. L. Doctorow, Falstaff is a flat character.) The vulnerability that Mike will have to experience alone is a much deeper matter. And yet Gus Van Sant’s cameras will be gentle to him, in this unforgettable film.