Gregory Doran’s 2009 film version of the Royal Shakespeare Company’s 2008 run of Hamlet boasts a tremendous cast, with David Tennant as the Danish prince, Patrick Stewart as both his uncle and his father’s ghost, and Penny Downie as Gertrude. This is a re-staging of that production on film soundstages rather than a film of the theatrical performance, which is a shame, as the first impression one gets is that this talent is going to be wasted. 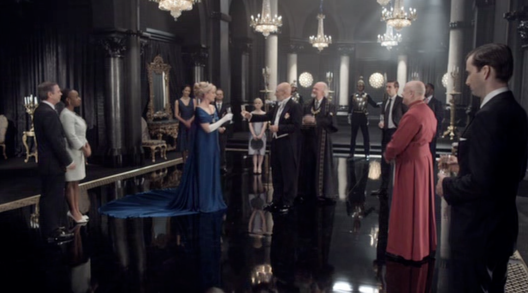 At least a third of the time, the cinematography is stultifying, often keeping us far away from the actors who are in large dark sets whose acoustics make the quality of the actor’s voices reverberate in a way that would make me keep my fucking mouth shut. Peter Margrave, in charge of sound maintenance, was perhaps doing the best he could with such sets, furnished in nearly all black with hints of gilt and shabby chic velvet. I suppose the idea is to make the Danish court seem unpleasant, but this goes too far. It is difficult to say whether Chris Seager’s cinematography or Tony Cranstoun’s editing or a low filming budget is responsible for not being able to see reaction shots from more than one actor at a time, but it takes a while for whatever is great about this film to reveal itself. 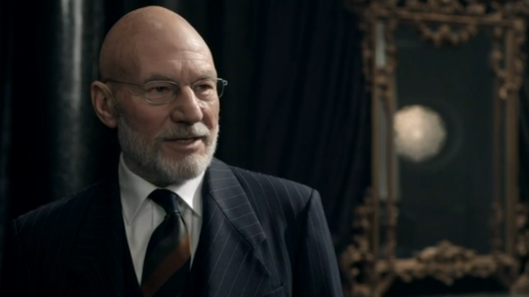 When one is bored by Patrick Stewart, someone fucked up, gentle readers.

Once the nobility has left the chamber and Tennant begins the first soliloquy, however, one gets an indication that this Hamlet might be pretty great after all. That face is such a canvas for intelligent thought, and his voice is astonishing, yet clear. The camera gets close up, and often Tennant will seem to be soliloquizing directly to us. 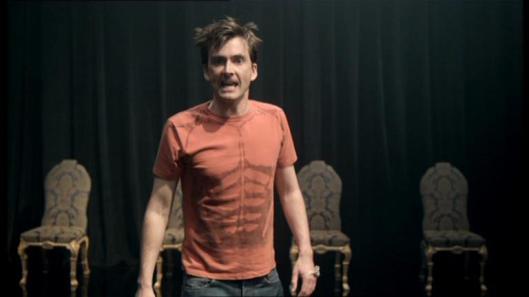 Initially, Mariah Gale seems like a drab Ophelia, a blasé ornament for Polonius’s family, which is, of course, part of the point of the actual text, like the dull court scene earlier, but the viewer must be given some reason for watching. 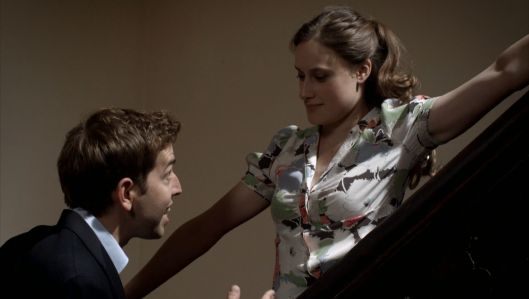 Oliver Ford Davies is compelling as Polonius throughout, which is a good sign, but then again too good of a Polonius makes me nervous. 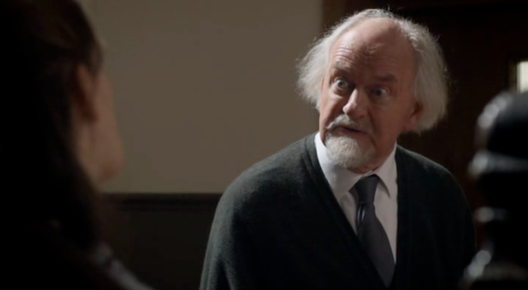 From the outset, grainy greyscale security camera footage is sometimes used for moments at a time, indicating that perhaps the state is not an innocent witness to the happenings at court. 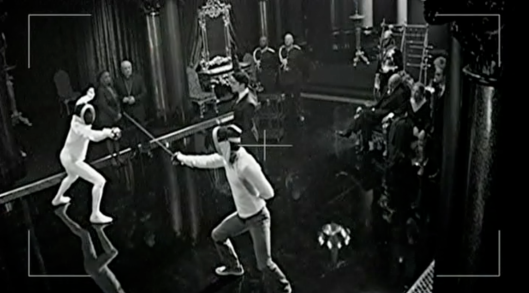 This technique is not committed to, though, de-emphasizing this interesting choice.

Once the players arrive, however, this Hamlet quite elevates itself, and never quite comes back down again. John Woodvine as the Chief Player is enchanting, and the nerdgasm that Tennant’s Hamlet has with these actors feels like something more than the set-piece that it is. The play-within-a-play begins with an unforgettably raunchy dumb-show.

The story of Hamlet is of course that the court has a false reality whose narrative everyone is trying to live by, and the more dangerous, haunting truth that the prince must live with. The Murder of Gonzago sequence is when Hamlet becomes more than a nuisance to the court—his story is threatening the state’s version of events. 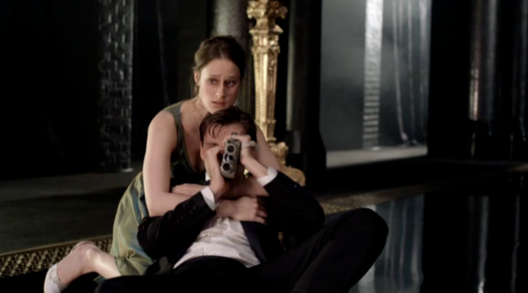 Tennant will pick up a Super 8 camera and film the play, keen to capture the king’s reaction in grainy, Zapruderesque fashion while Ophelia (Mariah Gale) has her arms wrapped intimately around his neck, as she is both a prop for Hamlet’s misogyny that he feels compelled to cruelly test, unable to quite let go of her. 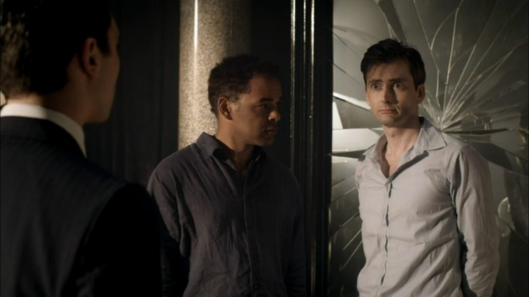 A cracked mirror will almost dominate the remainder of the film, as characters gaze into it and see their fractured selves, with an acute cinematic effect that does not feel psychedelic at all. 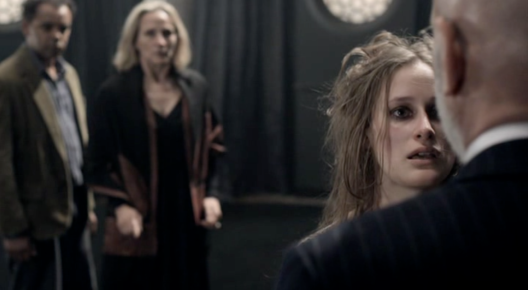 Mariah Gale performs Ophelia as a cipher who, when tragedy overwhelms her, bursts vibrantly and violently into self-expression. Every performance of Hamlet can be made or broken by its Ophelia, and this version’s Ophelia turns out to be exquisitely wrought. 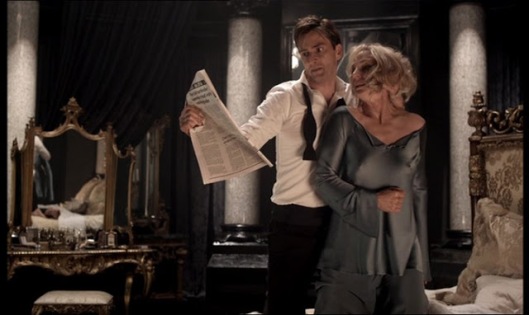 Penny Downie deftly avoids the trap of portraying Gertrude like a self-entitled shrew by conveying a sense of emotional vulnerability that shows her affections for her son are more than a courtly convention. Her narrative changes to Hamlet’s. 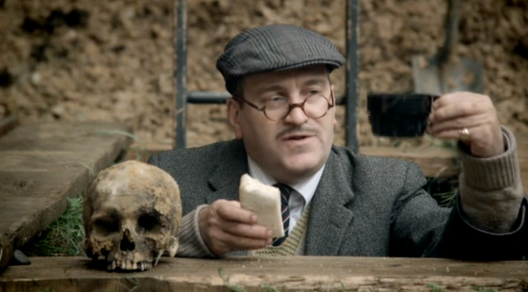 Mark Hadfield, as the gravedigger, is perfectly charming. As Ophelia is being lowered into the ground, he checks his watch. The tragedies of court are not his narrative.

This RSC Hamlet conveys a lot of surprising interpretations of the text, and I am loath to reveal any more of them here.

Despite a turgid opening marred by sluggish cinematography and sound, Gregory Doran’s Hamlet turns out to be remarkable after all. 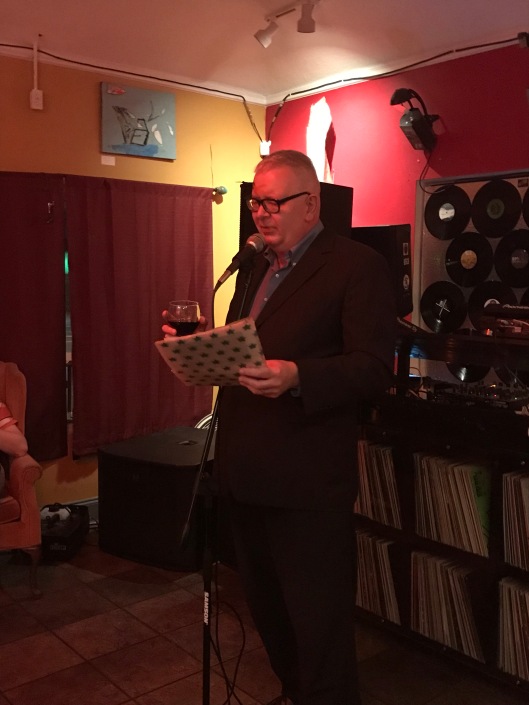