Hamlet of the Abyss

Hamlet’s actions and motivations have either been compared to the “unnatural” drives of Oedipus towards his mother, or he has been charged with an inability to navigate his way, in mature fashion, through the forest of choices pressed upon him during his ordeal in the dim corridors of Elsinor.

These interpretations, it seems to me, miss the deeper metaphysical undertow of themes in Shakespeare’s great play. Not surprisingly, Nietzsche in his famous dialogue, The Birth of Tragedy, cuts to the chase when he pinpoints Hamlet’s dilemma, or inaction, to the hero’s awakening into Dionysiac truths denied the rational mind.

For Nietzsche, Dionysiac ecstasy while “abolishing the habitual barriers and boundaries of existence, actually contains … a lethargic element into which all past personal experience is plunged.” When the individual returns to the mundane, he sees reality as “repellent”. 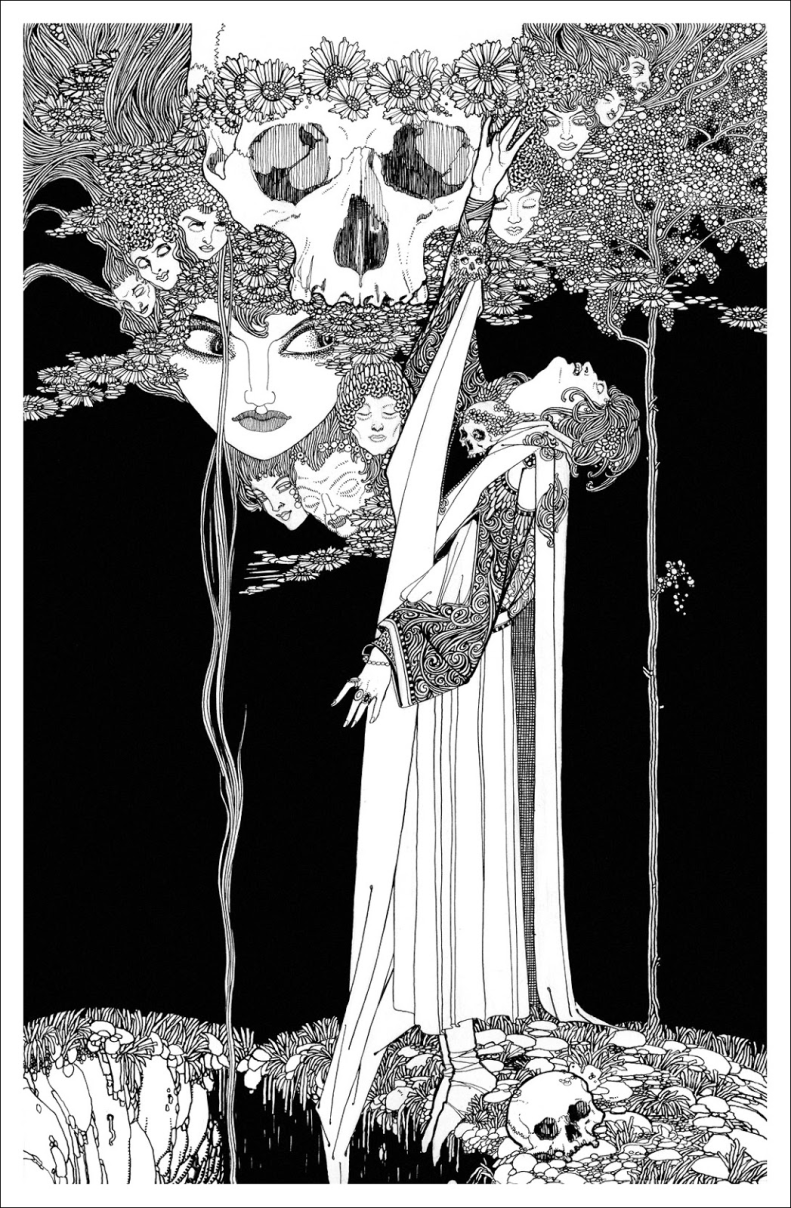 For Dionysiac Hamlet, catapulted into his trance by the extremity of his situation, the curtain of everyday existence has been torn asunder. Like Ray Milland in The Man With X-Ray Eyes, Hamlet is driven insane by the vast daemonic forms of nature and of the cosmos swirling on the periphery of the rational mind. The door to the material world has been closed to him, but neither is he of the intangible world. He is cursed to linger in the empty corridors between worlds, as ghostly as his father King Hamlet.

In effect, as Nietzsche states, Hamlet has “truly seen to the essence of things, [he has] understood, and action repels [him]; for [his] action can change nothing in the eternal sense of things.”

In Hamlet, fear of nature unadorned opens humanity to the random, inexplicable horrors of life, the shattering of every-day illusions. This theme is present elsewhere in Western art and it is close to the heart of many modern writers and filmmakers. Take, for instance, E. M. Forster’s mysterious Marabar Caves, which render Mrs Moores speechless in A Passage to India; and Mrs Brenner in Hitchcock’s The Birds, who is incapable of words after witnessing nature’s uncompromising barbarism in Dan Fawcett’s pecked-out eyes.

Once Dionysiac initiates have seen beyond the “veil of illusion”, words and actions are useless; they are obsolete because there is nothing left to say or do. At this point one either regresses to a pre-existential state, like Edgar Allan Poe’s Gordon Pym, or renounces the society of men.

Life depends on an illusion of order. That’s why the shattered crockery unhinges Hitchcock’s Mrs Brenner after the birds descend on her well-ordered house by the seashore. When she can’t put Humpty Dumpty back together again, she becomes unhinged, an invalid, retreating to the security of her bed — a womb.

Likewise with Hamlet, the chaotic universe of impulses swirling beyond his control and comprehension kill his desire for action because, Nietzsche reminds us,  “action depends on a veil of illusion”. We must feel that we can do something and that something will make a difference before we can act. If we feel it will not make one iota of difference, we won’t bother. Thus Hamlet is no longer a man of action; he may not even be a man. Lady Macbeth’s taunt to her equivocating husband may well be addressed to Hamlet: “Are you a man?”

For a man of thirty years, that’s a big question. Hamlet of the abyss may well be the first existentialist hero to have been affected by the “horror and absurdity of existence.” He, in turn, bequeaths it to an entire post-First World War generation.

Think of Conrad’s Kurtz screaming “the horror! The horror!” at the end of Heart of Darkness, and you are not far from Brian De Palma’s Body Double, which ends with the voyeuristic antihero, who has seen too much, teetering perilously between a raging torrent and an open grave. Out of this chaos, Nietzsche points out, is born art. For only through the alchemy of art, the sublime illusion of art, can the horror and the absurdity of existence be understood and redeemed.