For Serialbox.com, the Associated Press collaborated to write an episodic series about the lives of farmers, accountants, teachers, and high school dropouts from a certain thirteen colonies in the fateful year of 1776. This is one for history buffs, but the readership should not stop there. 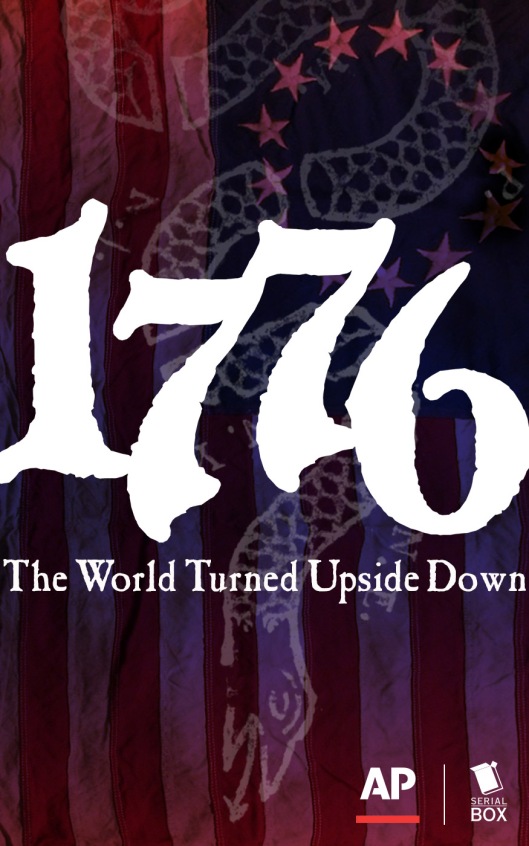 The chapters are published episodically, a monthly dose of history until, finally, you turn the last digital page twelve months later. It’s a great idea to encourage reluctant readers who shy away from large reads. Book groups could also share fun, in-depth discussions about that week’s chapter instead of hoping everyone read the whole book. A friend of mine likened it to a comic book series: one issue a month, except you preorder all the upcoming installments.

It’s also like reading a proper newspaper: packed with the Five Ws of hard, fact-based journalism, some sections with a little more flair than others.

There are the expected cameos from the Revolution’s major players: Washington, Adams, Arnold, Revere, Franklin, and Jefferson. Most received individual attention, some with less familiar details:

Jefferson actually took the knife to the New Testament, ridding it of passages that described ‘unscientific’ miracles. He believed that by this editing, the Bible became a kind of code of conduct to encourage Christian ideal behavior instead of inexplicable divine visions.

It’s no surprise that the Founding Fathers hog the spotlight, integral as they were. While I appreciated those little tidbits like Jefferson going full on editor on the Bible, what pulled me in were the everyday citizens – these farmers and teachers and high school dropouts. By Episode Six, it became apparent that these dropouts and farmers were just the Founding Fathers before they were Founding Fathers. It’s a little misleading. That isn’t to say there is no mention of ordinary colonists. Some of that information was delivered in broad strokes:

Toothless grins were common across the colonial landscape. Colonists did brush their teeth with frayed dogwood twigs using salt and water. Native Americans had splendid teeth, most likely because they were not eating vast quantities of sugar from the West Indies … Bathing was still thought risky, which was fine with the lice.

Knowledge of fundamental science was scarce, but there were glimmerings.

The poor drowned themselves in rivers of gin.

This is the real juicy meat of history. 1776 offers context. It answers how we as people developed psychologically and therefore sociologically over time. Whether the genre is history or fantasy, I want to understand a person, and in doing so a society, deeply.

Differing colonial customs made each colony fearful of entangling alliances with the others. They were suspicious of each other. A New Englander found Virginia an odd place and its “hospitality and politeness” exaggerated. Virginians found Pennsylvanians “remarkably grave and reserved, and the women remarkably homely, hard-favoured and sour.” A Connecticut man complained of “frauds and unfair practices” by New York merchants, while a New Yorker said he would not send his son to school in Connecticut lest he pick up the “low craft and cunning so incident to the people of that country.

In Pennsylvania, the Quakers were vehemently opposed to slavery on moral grounds—as were the Germans, for economic reasons—steadfast against the competition of cheaper labor. John Woolman, a minister from Mount Holly, New Jersey, would not eat sugar because it was a product of West Indian slave labor. Anthony Benezet of Philadelphia, another Quaker, proposed in 1762 that slaves be freed by law and given homesteads. “Ye men of SENSE and VIRTUE —YE ADVOCATES of American liberty, rouse up and espouse the cause of Humanity and general Liberty,” cried Benjamin Rush. “The plant of liberty is too tender a Nature that it cannot thrive long in the neighborhood of slavery.”

There are also broader topics, such as territorial disputes, the strain between cultural heritage and assimilation, and the back-and-forth over states’ rights and the federal government.

It’s hard not to juxtapose some of today’s Americans into a world that perhaps led to these very Americans. I just wish there had been a greater focus on Joe or Jane Schmoe and what he or she felt and thought, what drove them to their way of thinking and their allegiances – perhaps the beginnings of long-reaching ideologies in our society today.

The series is not yet finished. Unlike most of Serial Box’s weekly series, 1776 drops new installments once per month. Episode Seven just debuted in July, with five additional episodes after that. Since 1776 is historical and the episodes are self-contained, I don’t think it will be difficult to pick up where they left off a month prior. So there is promise for more insight to a time that I think is important to reflect on and be provided some context, especially given the current climate in America. Until then, I guess we’ll just have to wait and see how this revolution ends. 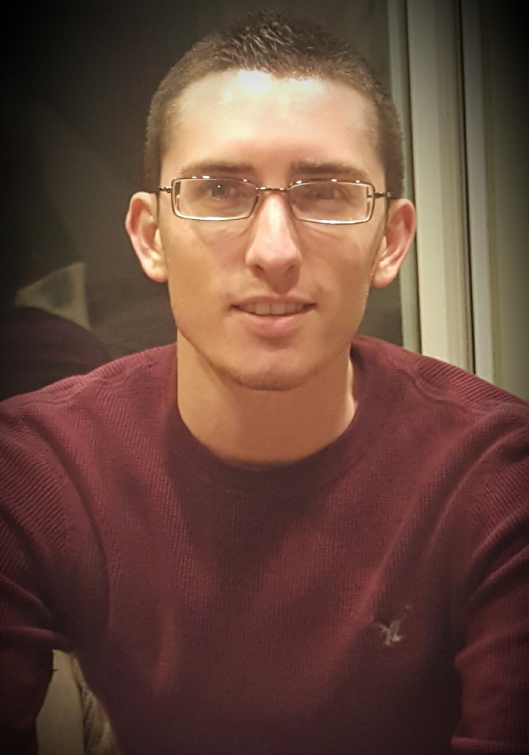 Chuck Canninigraduated with a B.F.A. in Creative Writing for Entertainment. History and social studies classes were his favorite courses when in school, especially American history, except when he learned about the Industrial Revolution. Explaining how the spinning jenny was built is exactly how you put him to sleep.