Buzzed Books #76 by Will Rincon

Because Everything is Terrible by Paul Guest 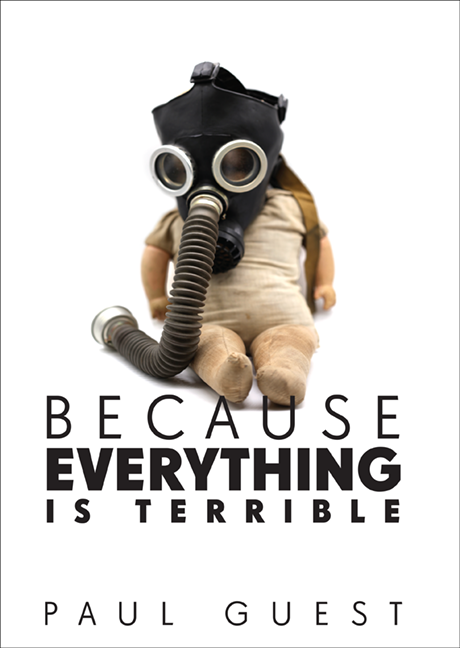 Paul Guest’s fourth poetry collection, Because Everything is Terrible, wastes no time pulling the reader into his world. “First this happened: you woke in a dim glade, / pine trees leaning in, all around.” The twenty-two-page opening poem, “After Damascus” is broken into thirteen sections. Guest forces readers to experience the poem’s narrative that weaves war with dreams by writing in second person perspective. Trained killers are sweethearts, you smell your own blood, and “imagine what must feel like to drown.” Downtrodden to the point where you weep after John Wayne films, the narrative youis lost “inside your skull” and wishes “to be more intensely American.” The prose, while lyrical, drags you through mud and waste, making you realize that beauty can still be found in terrible things. Guest’s ability to find the good in the bad becomes therapeutic until you become comfortable with pain and accept that “your body is strange.” Through stillness and singing, you can learn to love chaos.

The remaining sixty-six pages explore everything that is terrible. America is a big focus, and Guest sprinkles the current climate of the nation throughout: “Nothing will be again as it once was,”  “nothing will be said of grief,” and “everyone I know is mad.” His poem, “Thinking about Disappointment” captures the uncomfortableness we often find ourselves in after waves of bad news in the media: “I want to be terrified. I want to sleep beneath / something so antique / even beasts won’t bother / to look beneath / no matter the ravening gush of blood in their ears.” Guest isn’t afraid to criticize what has become normalized: “the news / reads like a story of fire / and death and endless, insufferable / seasons” and an “industry / which will most harm you / upon its inevitable demise.” Often, his poems leave you with the somber realization that you have been wading through madness and there is no end in sight.

Guest’s obsession with destruction is somehow loveable. In his poem, “Being Reasonably Certain,” he pulls you down the spiral of accepting that “you’ve done the wrong thing, / even though it’s up for debate, / even though philosophy is no help / on the walk home, in the middle / of distraction in the aisle of a store / you swear is evil itself.” Like a beach current, you get pulled out in the tide. You know “that you will not be saved,” everything is in motion and “you’ve been thinking about obliteration. / All the time [you] spent swept up in its romance.” It is gospel, it is truth, it is “the idiopathic dumbness of dawn.”

And yet, Guest avoids melancholy. This destruction is celebrated for its utter completeness. The beauty is something to behold and it all feels like one long moment where you don’t want to look away. Such bleakness is shared by contemporary poets like Ephraim Scott Summers and James Longenbach. Guest embraces his approach and how few people will see his big picture in, “Eros Poetica”: “Always bad form to announce, this is a poem. / I’m not sure why. As if the few of us / who’ll ever read these lines / might think it anything else: / a letter to a dying monarch; / a guide to constructing something / without discernible parts. Like love.” And in a way, his collection is a guide. A hand to hold through all the bullshit that rolls downhill. A book to hug when we find ourselves in a muddy pit while the privileged look down on us. A part of ourselves that we are afraid to listen to or even consider. 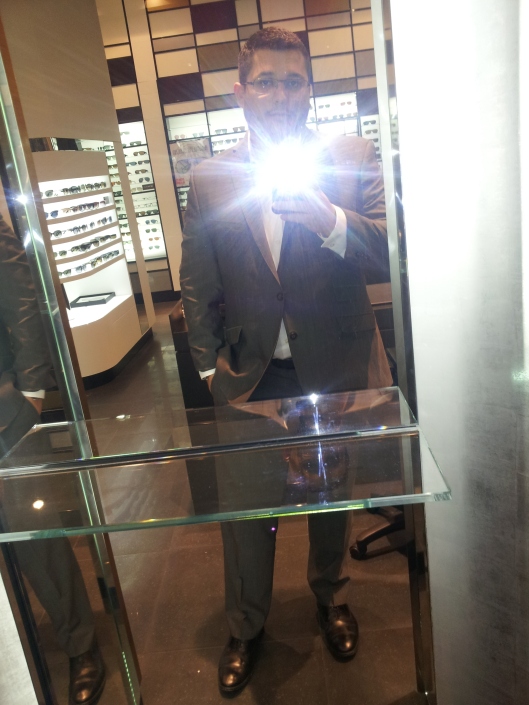 Will Rincon is an MFA candidate for fiction at the University of Central Florida. When he is not depriving himself of sleep, he enjoys board games, anime, and spending time with his family. He highly recommends you watch Battlestar Galactica.