The Curator of Schlock #247 by Jeff Shuster

Day of the Dead: Bloodline

Three times is not the charm.

Okay, Halloweenies. Your Curator of Shock is here with wrap up October with the George Romero classic, Day of the Dead. Get ready for zombies that say hello to their Aunt Alicia and prepare to eat a mouthful of Greek salad. Oh, wait. I forgot. I’m under a self-imposed mandate to only review movies from this decade. Fortunately, they released a Day of the Dead remake earlier this year titled Day of the Dead: Bloodline. Does lightning strike twice? Actually, this is the second remake of Day of the Dead, so maybe I should be asking if lightning strikes three times. Or maybe I should just get on to the review because I’m getting confused.

Day of the Dead: Bloodline is directed by Hèctor Hernández Vicens and is described as an action/horror film. The movie begins with a full on zombie outbreak on a city block. Zombies are tearing open the guts of their victims and chowing down. One has a coil of intestines wrapped around his neck like a necklace (maybe he’s saving them for later.). A young woman named Zoe Parker (Sophie Skelton) hurriedly walks down the street, trying to call her mother while pausing to observe the carnage. I think I’d be running at this point. 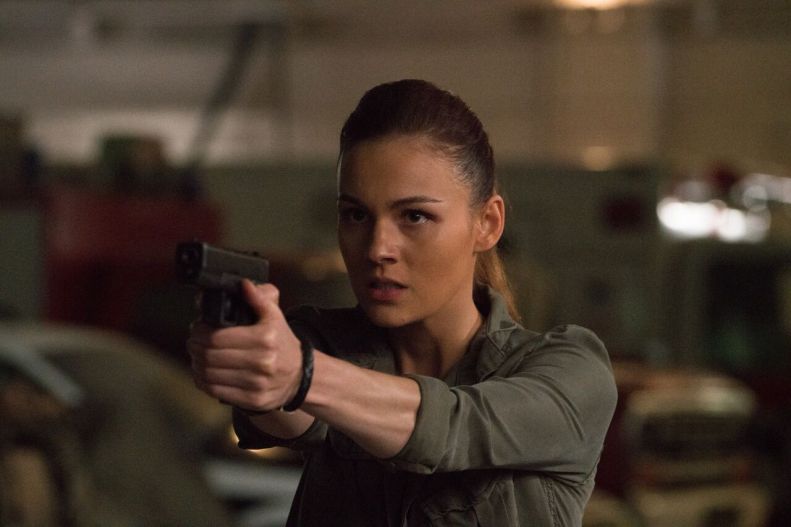 We’re then treated to a flashback from six hours earlier. Zoe is a medical student who’s given the task of collecting blood samples from Max, a creepy dude who has the hots for her. The administrators at the hospital say he has the best antibodies they’ve ever seen. But he’s a kind of a stalker. The fact that he carved Zoe’s name into his forearm makes her uncomfortable.

Later on, when Zoe is in the morgue late at night, trying to retrieve some kegs for a kegger party the other med students are hosting, Max shows up and tries to force himself upon her. Then a zombie attacks him. The zombie bites some partygoers, they turn into zombies, they bite other people, and soon there’s a full on zombie outbreak.

Fast-forward a few months later and Zoe is situated in an Army base/refugee camp, helping sick children and soldiers. She even managed to get herself a hunky boyfriend named Baca (Marcus Vanco). Baca’s brother, Lieutenant Miguel Salazar (Jeff Gum), doesn’t care about Zoe’s insistence on finding a cure or her insistence on going outside the compound to find antibiotics for the sick children. He relaxes on the latter, allowing Zoe to bring a small company of soldiers with her to the hospital she used to work at. They travel the urban wilderness in two bright yellow Hummers under cover of night. Zoe retrieves the medicine, but runs into an old friend in the process. 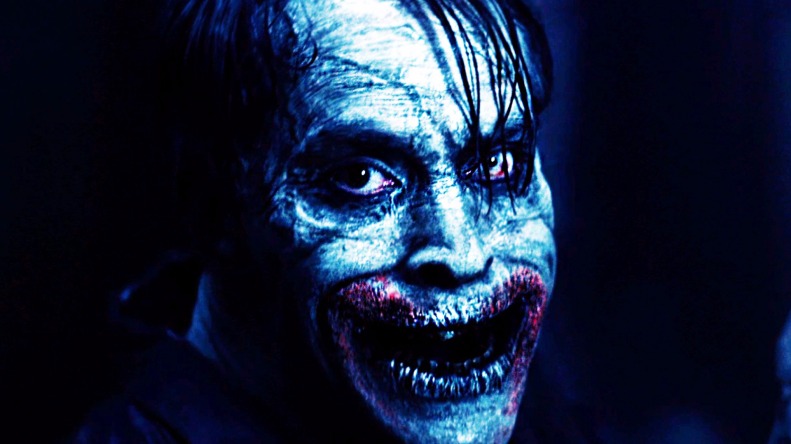 That’s right! It’s zombie Max, and he is still crushing on Zoe. I have to tell you Max, if you didn’t have a chance with her while you were alive, those odds don’t improve when you turn into a zombie. Maybe if you were a sparkly vampire.

He sneaks back with them into the compound by clinging underneath to one of the Hummers. Max eats some people in the compound, gets captured, but Zoe wants to keep him alive for study because he doesn’t try to eat her. Why? Because he’s still in love with her. Zoe thinks he might be the answer to a zombie virus vaccine. But is it worth keeping Max around just for a zombie virus vaccine? At one point, Max, the zombie, growls at Zoe, “You’re mine!” Let me tell you something, Max. Zoe is not you’re property. You have to be the most sexist zombie I’ve ever seen in a movie. You’re one step above a Nazi zombie and as we all know, Nazi zombies are the Talibans of the zombie world.

Think on that, Max. 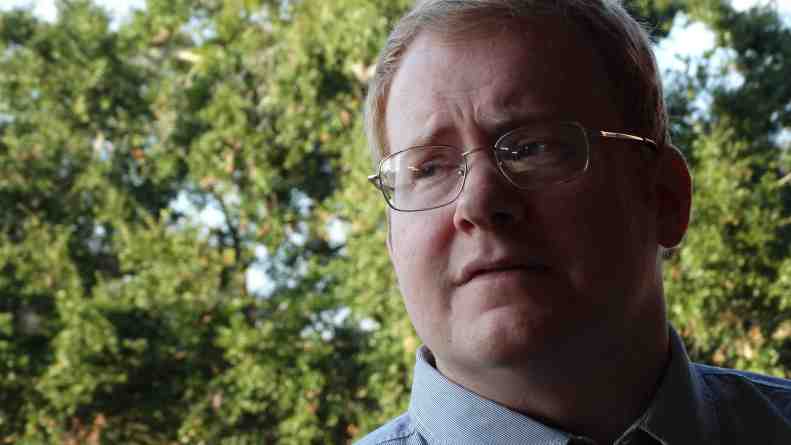