I was on a James Bond kick around the same time I started getting into state of the art Japanese animation. Naturally, I wanted these two interests to converge in the form of an anime that resembled a Bond film. Eventually, I would discover Lupin the 3rd, a series of television shows and movies about the world’s greatest gentleman thief. I believe I wrote about them years ago on this blog, no doubt overflowing with sentimentality for Lupin and company. But when I first looked for a Bond-style anime, I discovered The Professional: Golgo 13, a deeply depressing movie about an international assassin.

1983’sThe Professional: Golgo 13from director Osamu Dezaki is a journey into a nihilistic hellscape. Duke Togo (voiced by Greg Snegoff) is a contract killer known as Golgo 13 who always sees the job through no matter the damage or consequences. Richard Dawson (voiced by Michael McConnohie) is the richest man in the world since he’s the president of a huge oil conglomerate. At Richard Dawson’s 62ndbirthday party, Golgo 13 shoots and kills Richard’s son, Robert Dawson, right as Richard is about to hand over the reigns of Dawson Oil to his heir. 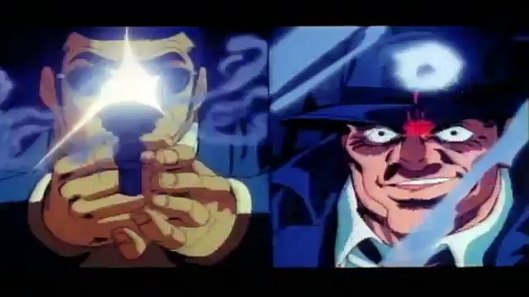 Thus begins the hunt for Golgo 13. Richard Dawson has operatives from CIA, the FBI, and the United States military at his disposal, all with one mission: the tracking down and killing of Golgo 13. During the movie, we get to see how Golgo 13 operates whether he’s assassinating a Mafia Don in Sicily or shooting en ex-Nazi SS officer in a New York City high rise. Golgo 13 spends his time between missions bedding beautiful women, drinking liquor, and smoking Parliaments. Golgo 13 also has allies that supply him with information and equipment to aid his assassinations. 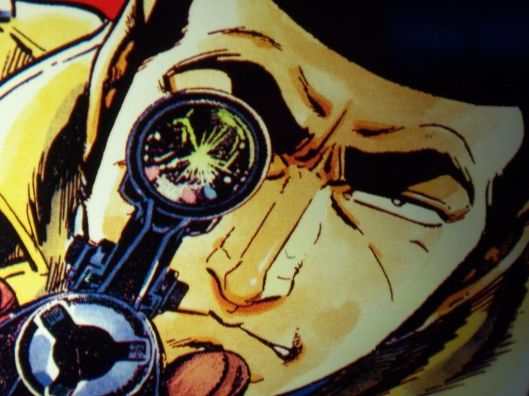 Dawson’s subordinates attempt to kill Golgo 13 time and again, only to have him escape or worse, actually retaliate and waste them. Duke Togo is an expert and sniping and close combat. Dawson’s thirst for revenge grows with each failure. He sacrifices what’s left of his family on this mad quest for vengeance, teaching his eight year-old granddaughter how to shoot a handgun so she’ll have a chance to assassinate Golgo 13 when the time is right. He also employs demented psychopaths in his mission to destroy Golgo 13.

One such psychopath is the Snake, a gangly man with serpent like eyes and teeth that resemble snake fangs. The Snake agrees to help Dawson if he’s allowed to have his way with Dawson’s daughter-in-law. Dawson reluctantly agrees, locking her in a room with the Snake, and a disturbing scene follows. The Snake manages to kills some of Golgo 13’s allies, sinking his blades into this one guy’s torso causing him to shower the room with blood.

Richard Dawson convinces the CIA to release a couple of death row inmates known as Gold and Silver, former assassins driven insane after being dropped in a jungle in South America with no provisions and no weapons. They survived, slaughtering 2,000 guerilla fighters, but were driven insane by the experience. The CIA doesn’t like this idea, telling Dawson this doesn’t serve the public interest like when he ordered the CIA to assassinate President Kennedy.

Eventually, this all leads to a showdown with Dawson Tower, with Golgo 13 fighting off demented assassins while avoiding gunfire from several attack helicopters. This is a movie about evil people doing terrible things to one another. By the way, I learned years later that Takeo Saito, the creator of Golgo13, actually wrote James Bond comics for Japanese audiences. This makes me wonder if Takeo Saito saw James Bond as an assassin, no better than a man like Duke Togo.