The Curator of Schlock #266 by Jeff Shuster

Twilight of the Cockroaches

Not to be confused with Grave of the Fireflies.

The VHS cassette box for Twilight of the Cockroaches, a live action/anime hybrid movie, has a quote from Richard Harrington of The Washington Post. He says, “Could do for cockroaches what ‘The Secret of NIMH’ did for rats.” Now I know you kids have never heard of the Don Bluth animated masterpiece, The Secret of NIMH. It tanked at the box office leading Don Bluth to spend his energy making the arcade game Dragon’s Lair. You remember Dragon’s Lair, don’t ya? It was featured on that Stranger Things show that you guys love so much.

Anyway, we’re not here to talk about The Secret of NIMH. Tonight’s feature is 1987’s Twilight of the Cockroaches from director Hiroaki Yoshida, a movie that proves that cockroaches are people too. The movie centers around a pretty, young cockroach named Naomi (voiced by Rebecca Forstadt) who’s engaged to a boring, yet stable young cockroach named Ichiro (voiced by Stephen Apostolina). They live an idyllic life with their community of roaches in the apartment of a Japanese bachelor named Saito (Kaoru Kobayashi), who gave up killing roaches when his wife and daughter left him. Saito lets the roaches roam free in his apartment, letting them eat whatever they want.

What on Earth am I watching here? Twilight of the Cockroaches is an interesting production in that it combines live-action acting with animation not unlike Mary Poppinsor Who Framed Roger Rabbit. The technique is rather neat, featuring animated cockroaches against a backdrop of real life images such as Nike footwear and Heinz Ketchup bottles. While the movie does feature human characters in the form of Saito and his eventual girlfriend, Momoko (Setsuko Karasuma), the story focuses on the cockroaches, kind of like the latest Planet of the Apes movie. Except the cockroaches get their butt kicked in this movie. 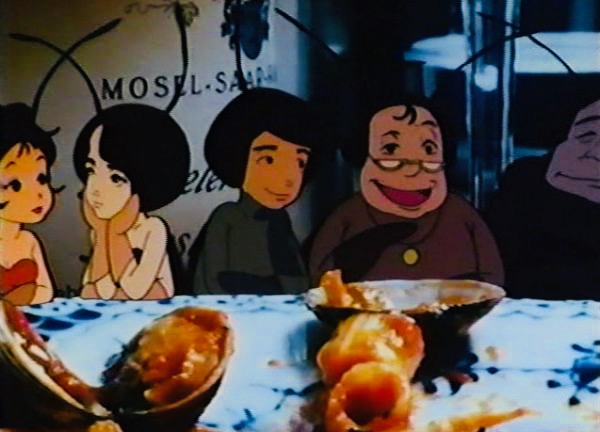 A young woman named Momoko lives in the apartment across the way from Saito and she hates cockroaches. She buys all kind of sprays and traps, trying her damnedest to eliminate every cockroach in the vicinity. As a result, the tribe of cockroaches living on her property is a warrior tribe. One of these warriors is a handsome cockroach named Hans. He even has a cleft chin. After an excursion, he finds his way over to Saito’s apartment and Naomi falls for him instantly. Hans recovers and returns to his tribe, but Naomi follows him. They begin a torrid affair. Oh, along the way, Naomi runs into a talking turd. The talking turd is done with clay animation. What on Earth am I watching here? 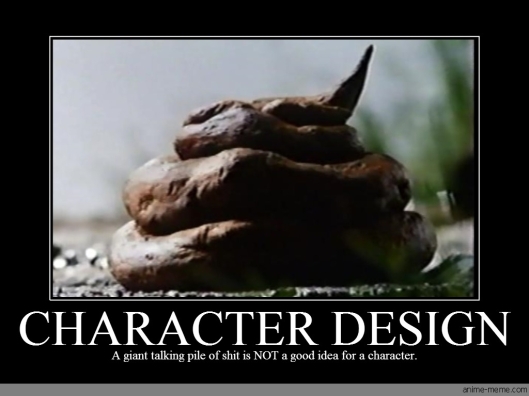 Saito and Momoko also fall for each other. She moves into Saito’s apartment. so we know what that means. What follows is truly horrifying, a genocide of a race of creatures who just wanted to live peacefully with their human hosts. The warrior tribe of cockroaches comes to aid of the soft, yuppie tribe, but they get wiped out too. Naomi survives, pregnant with the next generation of cockroaches, immune to the poisons currently used by humans. This will force the humans to create deadlier poisons that will lead to even tougher cockroaches developing immunity to such poisons. Such is the fate of the cockroach as decreed by the god of the cockroaches. What on Earth am I watching here?