Comics Are Trying to Break Your Heart #29 by Drew Barth

I talked a few weeks ago about the closure of Vertigo, the first mainstream purveyor of independent-minded comic work. Vertigo’s spirit has lived on in other publishers like Image, Oni Press, Aftershock, Black Mask, and many othesr. Fairly recently, like 2016 recent, Vault Comics emerged with series different than even among the other indie publishers. They were premiering series like Heathen, an LGBT Viking fantasy book; Deep Roots, an ecological horror story; and Failsafe, a sleeper-agent super-soldier hunt.

Despite being a relatively small, mostly family-run operation, Vault is still premiering nearly ten new series this year—which is pushing into Image levels of new titles. Many of those series so far have been some of the strongest first issues I’ve seen so far this year.

The first series I picked up from Vault this year was She Said Destroy, a series about gods, wars, space, and magic. Already, it’s a series that uses a concept I love that is rarely ever anywhere: just talking to the gods. They’re right there. You can ask them a question and they’re going to respond since they’re in the room with you.

But this is also a series with critiques on cultural homogenization as only two gods remain in the universe, and the one with the most followers wants the other one dead. We also have magic as a martial art, the blending of science and magic to the point where they become indistinguishable, and the setting up of a massive quest. She Said Destroy has this incredibly bright color palate that feels as though it’s setting up for massive tragedy later. I’m excited to see where it goes. 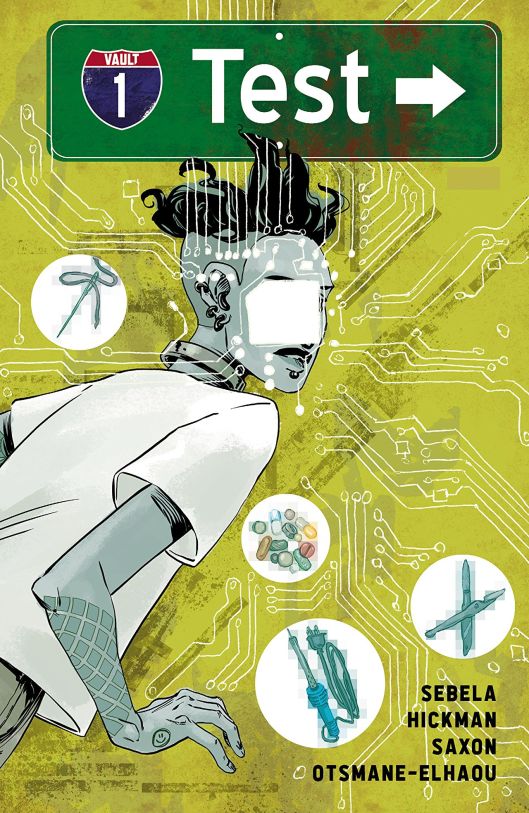 Test is already shaping up to be one of those prescient science-fiction series that comes out of nowhere, much like Transmetropolitan twenty years ago. The characters of Testare obsessed with the continual modification of their body as a means of becoming more than just a person. Also, they also don’t actually own a single piece of their body.  Test is a personal journey narrative from the perspective of someone continually grasping for the future. Test is also a horror story. Test is showing off some of the more interesting takes on the movement of time between panels, with a flashback being played in reverse like we’re rewinding a tape. The first issue already ends on a perfect cliff-hanger.

Resonant is the kind of horror series that transofmrs something mundane into an object of supreme dread. Like the Silent Hill games did with alarms, Resonant’s setting does the same with cicada screams. What really shines throughout this first issue is the building up of the threat. We don’t know what these waves the main characters are preparing for, but we see the bunker they’ve prepared and all of the provisions and security to keep themselves safe—we wonder how bad it can really be. The panel structure and layout brings to mind The Authority and the idea of wide-screen comics that’s typically reserved for fast-paced action. But the speed here works beautifully. We have the sudden start of the wave of cicadas and are immediately swarmed by them as the pacing of the story and panels work hand-in-hand to maintain that feeling of being overwhelmed. It is pitch-perfect post-apocalyptic horror with the most interesting twist I’ve seen in years. 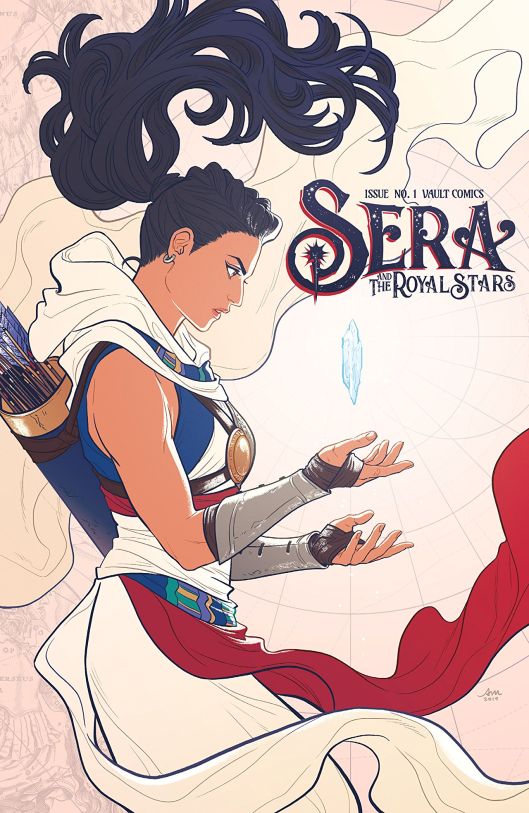 And then there’s the play on the chosen one adventure narrative that is Sera and the Royal Stars. Sera shows  the second generation of having been chosen and the family being distraught since they have seen what being chosen has done to their mother. But how the creators show our lead, Sera, being chosen is mostly what’s really interesting because it stays neutral from much of its tone. Members of her family see it as a curse that killed their mother, others see it as a duty, but Sera herself seems ambivalent. Even though her quest is to restore the Seven Stars to the sky, she never treats the quest as a burden or a sacred duty—this is only a task to be completed. This kind of characterization is refreshing.  We’re not sure about Sera as a character yet, but we’re still intrigued.

All four of these series features some of the best first issue world-building I’ve read. Never do I feel lost or disconnected from the world of each series—I can feel that consistent dread in these troubling worlds.

2 thoughts on “Comics Are Trying to Break Your Heart #29: Cracking Open the Vault”