81. Cedric Messina’s The Merchant of Venice

So Maggie Smith portrayed Portia in a 1972 BBC production ofThe Merchant of Venice, and since this wasn’t part of the BBC’s dreadful complete Shakespeare project (which looks as if Roger Corman directed it), I thought it safe to venture my eyes and ears on it.

This Merchant was better than the complete Shakespeare series, which, alas and fuck, doesn’t make it good. Maggie Smith is an amazing actor, but—

It was nice to see Charles Gray—who you may recognize as Blofeld in Diamonds Are Forever, or as the narrator of The Rocky Horror Picture Show. 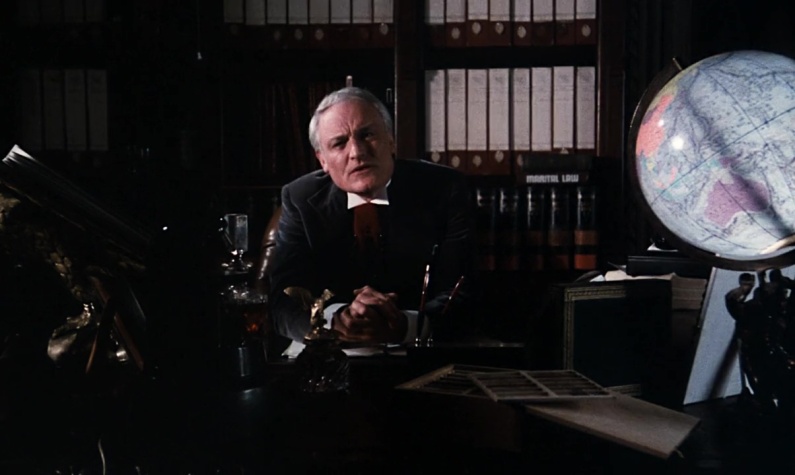 He plays Antonio, the fleshly collateral for a loan to Shylock, played quite well by Frank Finlay.

The Venetian set looked especially artificial without seeming stylized, and all of the actors between Gray and Finlay look especially untalented between them. To perform Shakespeare’s words, one must be able to think in those words, and these miscreants could not.

Why did I watch this thing made for the BBC’s Play of the Month series? Right: Maggie Smith. Maggie Smith is such a badass—except in this. She seems a little bored, and the lump portraying the suitor she is supposed to feel passion about would have made acting difficult.

The cameras rove in this production, and such movement becomes a little distracting, though I suppose the restless cinematography was meant to compensate for a lack of dynamic visuals from the actors and sets. Maybe the cameraman had restless leg syndrome.

Maggie Smith was fun in the last act, in which she disguises herself as a law scholar and insinuated herself into the trial in which the legal status of Shylock’s bond would be determined. Michael Radford’s Merchant of Venice is the gold standard for that play—or the lead standard, if you will—but Lynn Collins’s fake beard was really unconvincing in what is in almost all respects a masterpiece.

Still, if you get the chance to watch this 1972 made-for-television adaptation of Merchant, you definitely shouldn’t anyway. 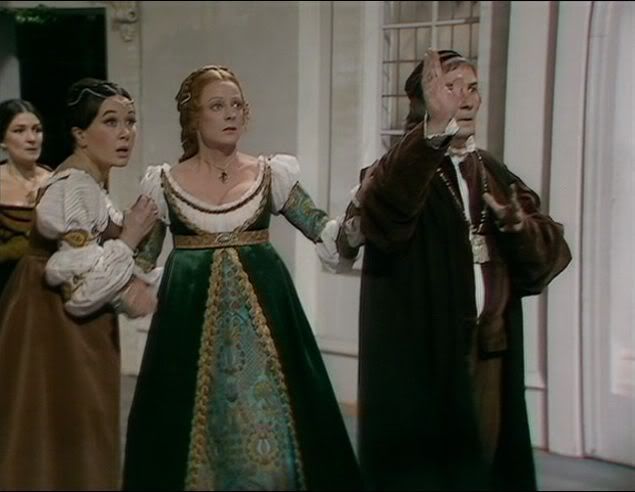 Read the play out loud with friends, perhaps.

Write me a letter.

Do what you will.