Comics Are Trying to Break Your Heart #61 by Drew Barth

In the pantheon of planets in the DC Universe, Rann is underrated. By all accounts, it is considered a paradise in its small corner of the galaxy. Its capital city, Ranagar, looks as though it were carved from glass in the dreams of sleeping gods. Rann is also a planet that can’t stop going to war. Its genesis and fertility crisis came from a war: the Rann-Thanagar war was one of the largest galactic events in the DC Universe outside of a Crisis event. Now we see Rann being swarmed by the Pykkt.

One of DC’s oldest heroes lies at the center of Rann’s wars and is being brought back in a limited series from Tom King, Mitch Gerads, and Evan Shaner: Adam Strange. 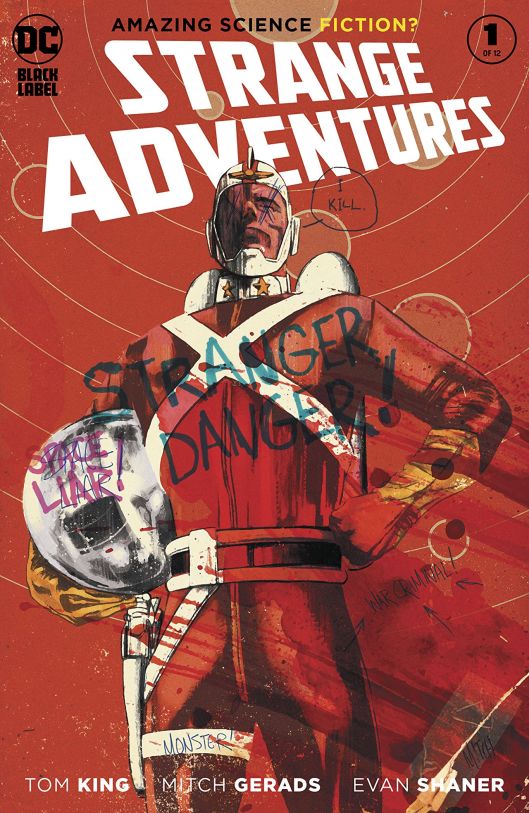 As a character, Adam Strange is an icon, but in a way almost completely separate from DC. He is a quintessential 50s spaceman: jet pack, space suit and helmet, and a ray gun with ambiguous powers. His origin story is even more sci-fi pulp: beamed from Earth to the distant planet of Rann to be its savior from evil and sterility. 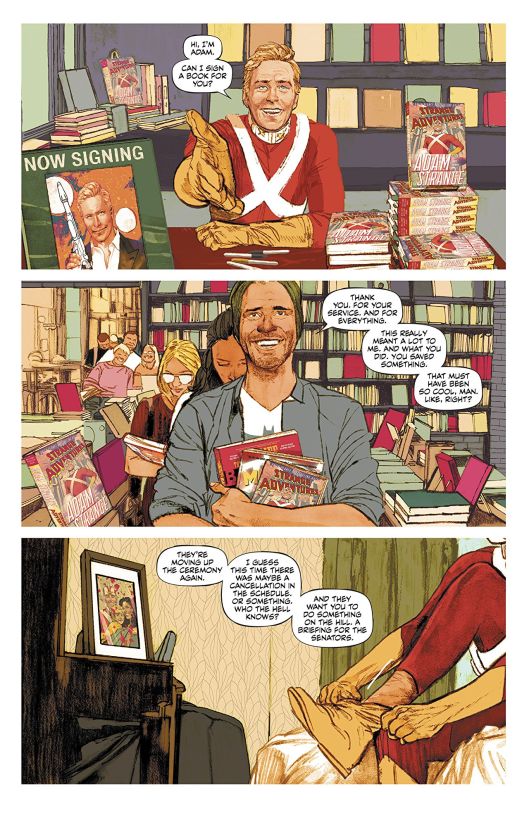 Much like King and Gerads’ efforts with Mister Miracle last year, Strange Adventures dives into some of DC’s cosmic heroes to explore themes and ideas in a single twelve issue run that no other series in DC’s current line-up is tackling. Adam Strange will always be a sci-fi pulp ideal of a adventurer, but now we’re able to see how the adventuring has affected him and the family he’s created on Rann. Continuing off from Mister Miracle, we’re getting a closer look at what war and conflict do to these characters—how do they cope? And how do they exist in a world that doesn’t seem to care? In this first issue of Strange Adventures we already have Adam Strange writing a memoir and going viral as a man screams at him during a book signing for the conflict on Rann. But then we also have him flying across Rann, blasting aliens with his ray gun. 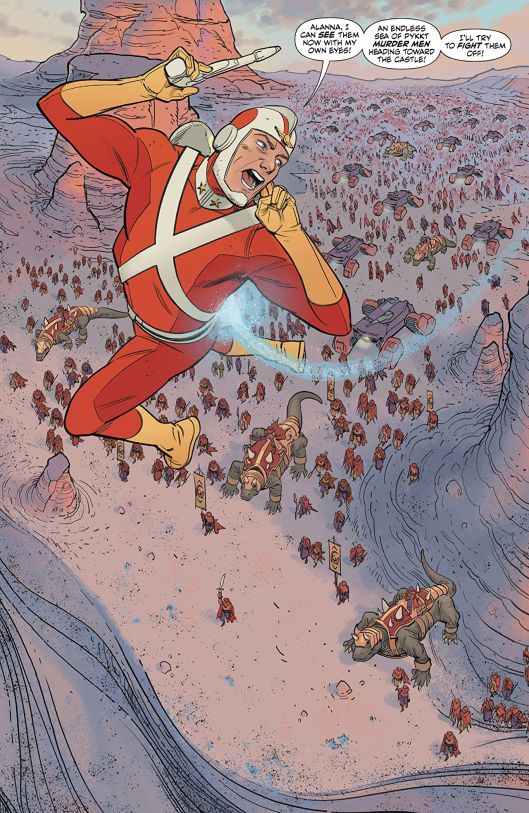 Strange Adventures is a comic of contrasts. From Gerads’ sketchy, almost surreal vision of Earth to Shaner’s pure pulp alien landscapes across Rann, we have these divergent moods of what a character like Adam Strange can encompass. There is room for creators to experiment and breathe with characters that may be limited in normal continuity. The focus is more on story and character than simply working through to the next yearly event. And we as readers can revel in these new contrasts. Characters we have forgotten can come back and still receive the love and care they deserve. And in this instance, we get a strange off-world adventure that fits right in on Earth.

Get excited. Get ready for Adventure.