The Curator of Schlock #313 by Jeff Shuster

Happy Friday the 13th! Be sure to avoid walking under ladders, toss that spilled salt over your right shoulder, and if a black cat crosses your path, turn around and walk in the opposite direction. And I guess since it is Friday the 13th, I have to now visit a chapter from the ongoing saga of Jason Voorhees, our favorite mentally-challenged mass murderer. Tonight, we’ll be covering the tenth movie in this series, Jason X. 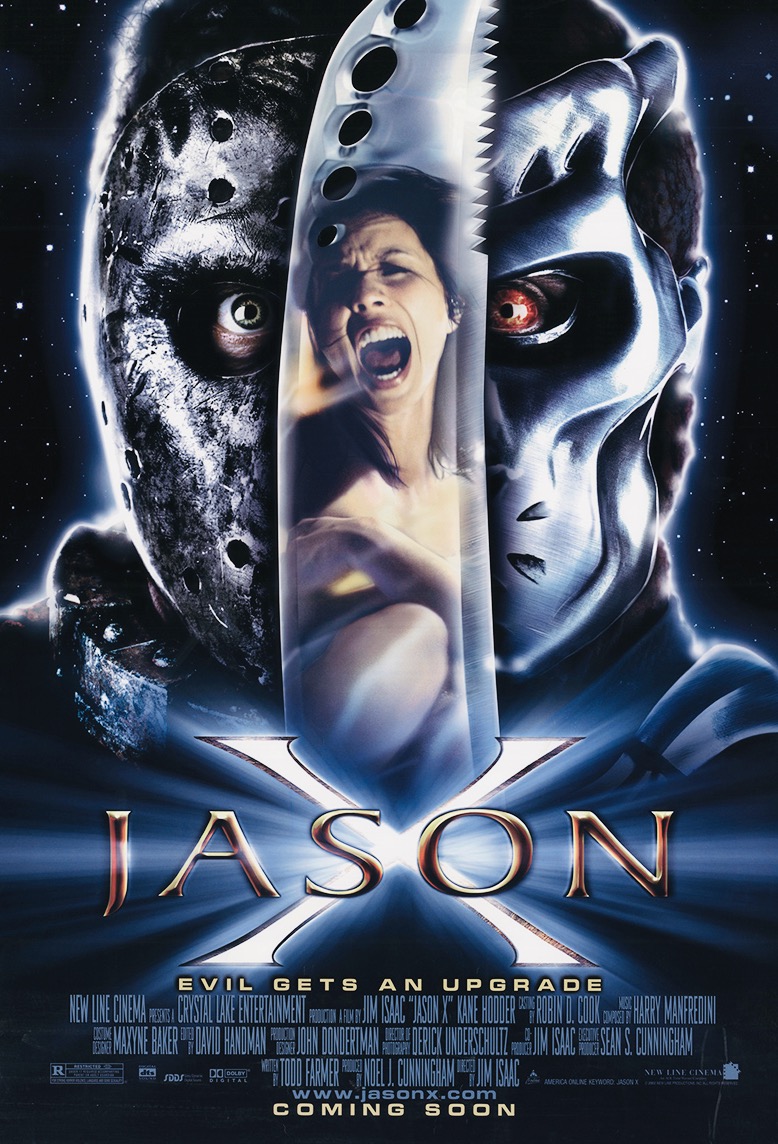 2001’s Jason X from director Jim Isaac stars David Cronenberg as Dr. Wimmer, a scientist who wants to study the regenerative powers of one Jason Voorhees (Kane Hodder). Another scientist named Rowan LaFontaine (Lexa Doig) wants to put Jason in cryogenic stasis because Jason has the tendency to go around murdering lots of people. Dr. Wimmer overrules her, but that doesn’t matter since Jason escapes his bonds and massacres everyone except for Rowan, who he stabs before she switches on the cryogenic machine freezing them both.

Four-hundred and forty-five years later, an archaeological expedition is exploring a now- ruined Earth.  A Professor Brandon Lowe (Jonathan Potts) and a bunch of future victims—I mean students—find Jason Voorhees and Rowan LaFontaine still frozen and retrieve them. They have fancy nanobots to repair wounds. Hey, if some machete-wielding maniac chops off your arm, some nanobots will fix you good as new. 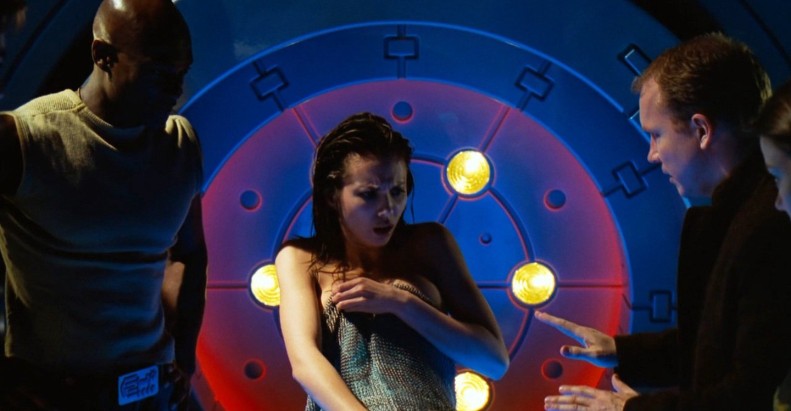 This is a bizarre movie. It’s a Canadian production like most Friday the 13th movies, but it has more of a feel of a Canadian science fiction series. Two of the main actors in this movie, Lexa Doig and Lisa Ryder, both starred on Gene Roddenberry’s Andromeda. It wouldn’t surprise if they used the same sets from that series for this movie. Funny. Lexa Doig played an android on Andromeda and Lisa Ryder plays an android in Jason X.

The rest of the movie takes place on a spaceship. The students use the nanobots to save Rowan’s life while they leave what they believe to be the carcass of Jason Voorhees to defrost in the lab. Professor Lowe thinks people will pay big bucks to see a woman from the early 21st century, but his colleague on a nearby space station says no one will care. However, he suggests that people would be willing to pay to see the corpse of Jason Voorhees since he is a famous mass murderer even hundreds of years in the future.

I guess Professor Lowe’s dreams of wine, women, and song gets dashed when Jason re-animates and starts massacring the crew. There are some space marines on the ship, but Jason makes quick work of ’em. So much for the BFG. Later in the movie, we get to see a fight between Jason and the android, Kay-em 14 (Lisa Rider). It’s kind of neat because she feels no fear due to her being a robot and all. She kicks his butt and it seems that Jason is finally down for the count. Then some nanobots fix him up and turn him into Uber Jason. I wonder if Jason X is considered Friday the 13th canon, or if I must forget about it under penalty of torture.