Comics Are Trying to Break Your Heart #110: Tuck and Roll

Urban legends can provide a quick, solid backbone to a fictional world that can establish time, culture, attitudes, hopes and fears, and a prevailing sense of community as people are drawn together to whisper about the thing they had seen in the forest or sewer. In The Cloven, Garth Stein and Matthew Southworth have created their own urban legend in the Pacific Northwest and have given it the kind of life usually not seen in goat-human genetic experiments. 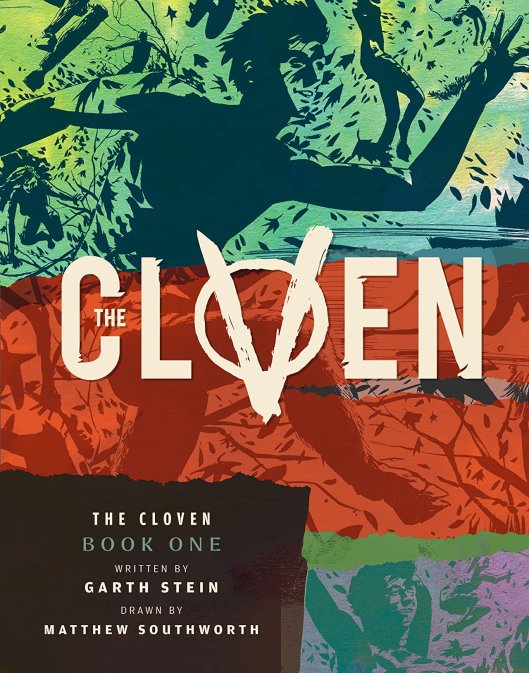 This first book in The Cloven series begins with a great promise. James Tucker—or Tuck, or Kiddo depending on who you talk to—is in a facility that endlessly tests him as the most successful human-animal hybrid ever created. He is one of many Cloven out in the world—people with furry goat legs, thick skulls, and an indestructible intestinal tract. The main purpose for the Cloven was for military applications, but that’s scrubbed as soon as a lead researcher sets as many of them as he can free into the Pacific Northwest. The Cloven become urban legends. But James Tucker is adopted and raised as normally as a kid can be raised. But, like everything else in his life, even being raised normally isn’t as normal as he would want.

Almost everything we see of James’ past is up for debate as we discover that, as a child, he’s been having his memories altered. What is truly his past and what is the story his adopted parent has told him? The flowing, dream-like lines of Southworth really enforce this idea of ambiguity throughout The Clovenas we as readers can never be sure where James’ past really begins. Is it with the lead researcher that would let the other Cloven free? Or is it in the hospital like he’s remembering above? The splotchy nature of watercolor reinforces this feeling further.

Books like The Cloven or Fractionand Charretier’s Novembercan push what it means to be a serialized comic series by providing these longer stories that can come out and sizzle for months while readers wait for the next book to drop.

Get excited. Get hooves.