Comics Are Trying to Break Your Heart #112: I’m Talking About Isolation

If you listen closely to the wind, you can hear me once again espousing the tenets of a good first issue: strong world-building, plot introduction, character establishment, etc. Luckily, Vault Comics has a new series that deals with the dead in a way I’ve never seen before as Paul Allor and Paul Tucker bring us Hollow Heart.

A part of Vault’s Nightfall horror imprint, Hollow Heart has that distinct ghoulishness to it from the first page. We’re met with El, a man who is nothing more than organs and bones inside a robotic suit—already bringing to mind the Spooky Space Kook of Scooby-Doo fame but with a bit more terror. El is trapped. From being stuck inside the suit to being tethered to a research facility, El has very few options outside of trying to escape from said facility to break his tether and die. It isn’t until a new mechanic comes to work on his suit, Mateo, that El experiences some degree of kindness and respect. He also experiences for the first time an inkling of hope as Mateo proposes to cut El’s tether in such a way where he can finally live the rest of his life somewhere else. Even if that is still as some organs inside a robosuit. 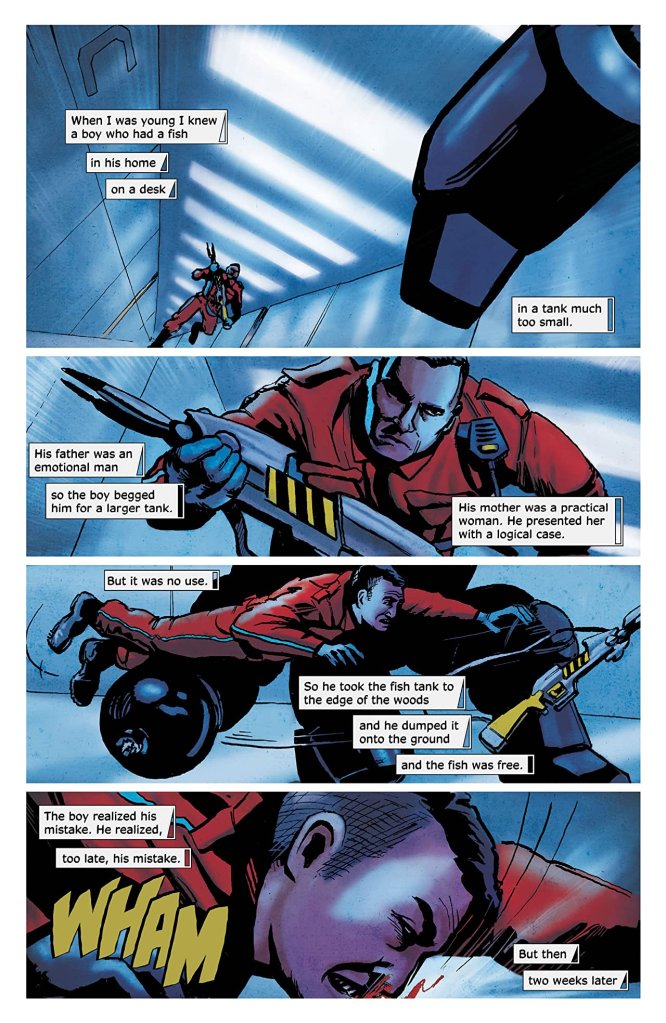 Allor and Tucker’s story is centered on isolation and loneliness. El himself has been cut off from his own humanity—for how long we don’t know. No one in his facility wants anything to do with him as, to them, he has become a nuisance. It isn’t until Mateo makes a passing comment that he can respect El’s silence that El is able to open up and form this singular bond. But still. He’s trapped in the confines of his suit—permanently an other by merit of barely looking human. Mateo himself can reciprocate the isolation as he is also ostracized within the facility—even a man he had dated in the past, who we can see hunting El in the first page—will barely acknowledge him. El and Mateo’s bond reflects their own loneliness in one another.

There are a lot of places horror comics can go as a genre. Hollow Heart does so much to show its essential humanity and its loneliness just in the first issue. Even with the grotesquery of El’s organs on display, we still want better for him and we want to see Mateo help out someone who has become so isolated. It’s a love story at its core and it’s one that screams out for help to those who will listen.

Get excited. Get together.