Comics Are Trying To Break Your Heart #142 by Drew Barth

Another Day, Another Crisis

Since the early 60s with the “Flash of Two Worlds” story, the idea of the crisis would come to define every major event in DC’s history. With Infinite Frontier by Joshua Williamson, Xermanico, Tom Derenick, Jesús Merino, Paul Pelletier, Norm Rapmund, and Romulo Fajarado Jr., we’re seeing the most current capping of a Crisis, with the lead into another. 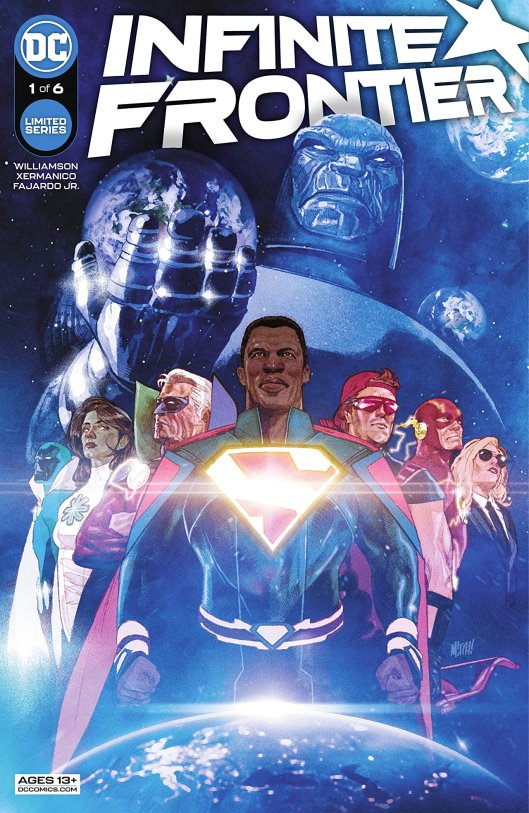 The idea of the crisis in DC canon has always been a point of change. From the creation of the Multiverse to its destruction over and over and over to that one time Identity Cris—wait, no, never mind that one.

But the crisis is where the bloat of comics canon can converge on a point and wipe itself clean, for the most part. Post-Crisis, New52, DC Rebirth, and now the Infinite Frontier—all of these points have been a simplification of canon and new points for readers to jump into the larger DC Universe. But where those points of post-crisis had their own foibles, Infinite Frontier has seen to ease itself more into what has already been established. The events taking place in the series are still massive—there’s the revolt of Earth-0 against the rest of the Multiverse and the reveal of an Omega Lantern being controlled by Darkseid—but with the short series of Future State stories earlier in the year, these new stories spinning out of the event can feel more organic. 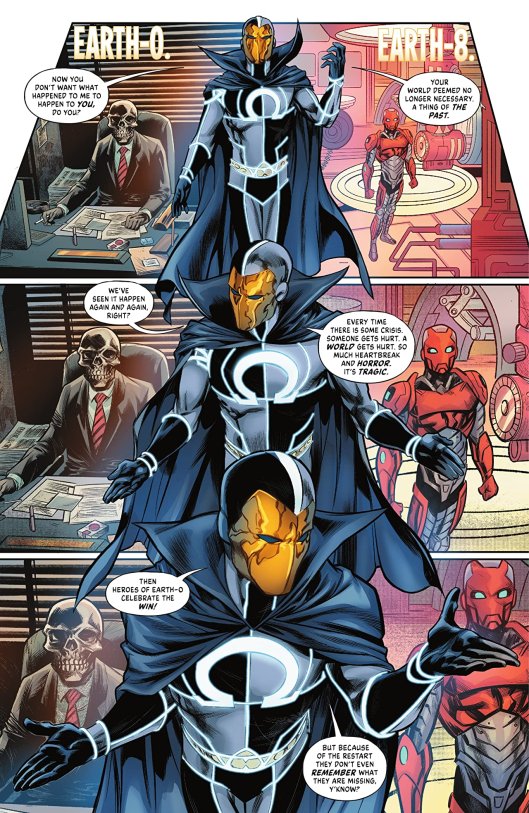 But what’s most interesting about Infinite Frontier as a series is how it has begun to re-introduce elements of the DC Universe at large that have either been absent or handled in less than stellar ways. With the most recent Crisis in the form of Dark Nights: Death Metal, the Multiverse has once again become infinite—even if the focus is still only on a core fifty-two worlds. But with all of these parallel worlds comes similarly larger threats. Threats like the return of a Darkseid that looks closer to his original incarnations. While some of his more recent appearances have shown the god as a more capable Doomsday, Infinite Frontier has him as this scheming entity—a being whose machinations are unknowable to mortal minds. It’s always good to have a dark god act like something inevitable and unknowable instead of just a punch machine.

But a post-crisis can still feel like a crisis on its own. Infinite Frontier is an interesting precipice on the edge of future canon. It does what any good event book should—tell its own story, lay out some large stakes, and set things up for the next inevitable crisis to shape the universe.

Get excited. Get infinite.