Beside the Point of Origin

But first, a history lesson. 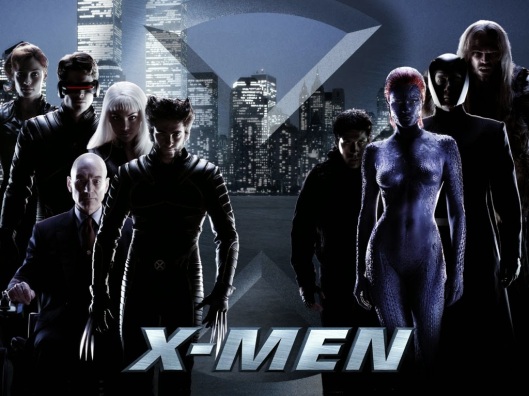 The modern era of superhero cinema began in 2000 with a long-awaited celluloid re-imagining of the X-Men franchise.  This should have been a portent of great things to come: Bryan Singer’s foray into comic book action brimmed with mood, tension, and a fair approximation of the franchise’s psychological complexity (Halle Berry’s tone-deaf turn as Storm notwithstanding). 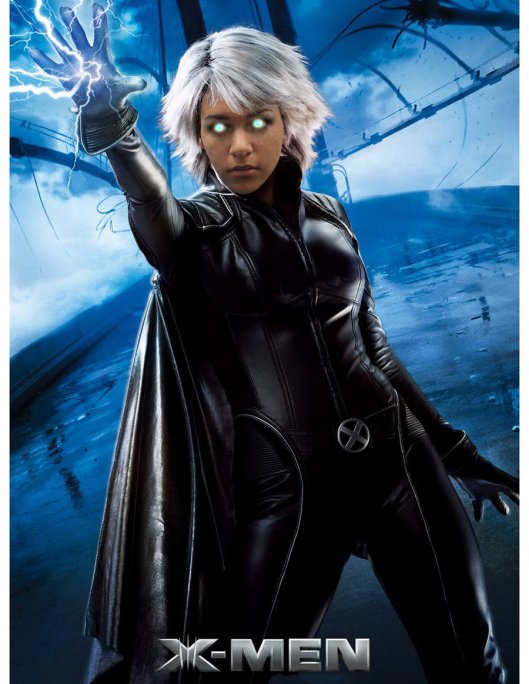 It took years and millions to finally get an X-Men movie project off the ground.  No, really.  Imagine that for a hot second.  Imagine an executive/financial landscape in good ol’ Hollywood that viewed a superhero movie not as the nominally-expensive cash grab it currently represents but instead as a black hole investment, unlikely to reap much from its sowing.  That was the landscape all through the ‘80s and ‘90s, a time when not only X-Men but Spider-Man and multiple other Marvel and DC properties languished in the most fiery of development hells.   The story might have been different if Tim Burton’s unparalleled 1989 Batman had launched a film franchise that was both critically and commercially viable, but Burton’s own 1992 follow-up, Batman Returns, was largely misunderstood by viewers, and the subsequent movies (1995’s Batman Forever and 1997’s Batman and Robin, both barely more than odious) did little to instill hope among Hollywood suits that comic-book adaptations would result in desired profit margins. 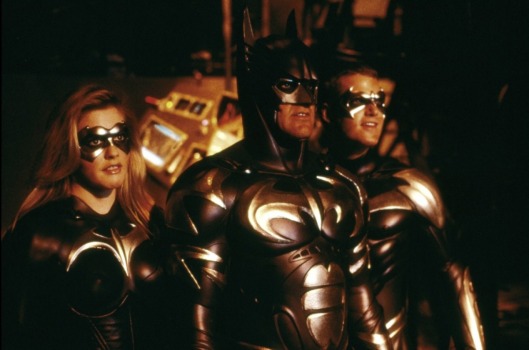 However, against all odds, X-Men did eventually achieve liftoff, and did so with enough panache and box office returns that it not only set the stage for sequels of its own, but also a reinvigorated cinematic landscape where suddenly, superhero projects gathering dust in the slush pile turned into diamonds-in-the-rough, potential moneymakers desperately in need of a greenlight and a quick turnaround.  In rapid succession, we got X-Men 2, Spider-Man, Hulk, Daredevil, The League of Extraordinary Gentlemen, and the Blade franchise, all within a period of roughly three years.  By the mid-Aughties, however, this sputtering pilot light of life among superhero cinema looked in danger of going out just as quickly as it had been lit.  For every Hellboy, there was a Catwoman; for every Unbreakable, a Daredevil.  Then, Christopher Nolan singlehandedly reoriented the genre with his dark, archetypal take on Batman’s origination, Batman Begins.

And with it, cast the immediate future of the superhero movie into a paradoxical pit of both financial viability and critical darkness.

Batman Begins isn’t responsible for superhero cinema’s fixation on the origin story.  Every noteworthy hero film that came before it in the early Aughties was also an origin story of sorts, even X-Men.  And standing alone, there was nothing particularly egregious about Nolan’s decision to tackle Bruce Wayne’s complicated past.  It’s only when you consider the decade of superhero movies that has passed in the interim that you see how unforgivingly Begins’s success molded the movies that came after it.  The contemporary cultural juggernaut known by the innocuous-sounding title of the Marvel Cinematic Universe (MCU) is thoroughly and utterly marred by this.  2008’s Iron Man also chose a “hero begins” route, recasting Tony Stark as a modern, motormouthed, military-industrial apologist.  Iron Man is notable as the opening salvo in Hollywood’s MCU onslaught, beginning a decade-long project to release individual hero movies for all of the classic Avengers teammates and then, finally, a climactic film where they would all work together in a team (perhaps you’ve seen it? It was written and directed by a little-known auteur named Joss Whedon). It’s also notable because it’s one of the few movies in the MCU that is actually good, but that’s an argument for another time.  Iron Man’s runaway success—again, very merited, given its high quality—gave birth to Thor, Incredible Hulk, and Captain America: origin stories, one and all.  Soon even non-franchise superhero tales, like Chronicle, went the “origin story” route.  The origin story became such a fixture in the forefront of pop culture preoccupation that it bled into our TV shows (Bates Motel, Hannibal, Sherlock).  Somewhere along the way, the idea of the origin story became entangled with the idea of the franchise reboot; less than a decade apart, we have two very different Spider-Man movies, both origin stories.

So what’s the problem?  This panoply of origin stories has been financially viable for Marvel Studios, and critics have been suspiciously kind to the entries in the MCU, even the ones that are insignificant fluff at best (here’s looking at you, Thor).

Why should we be concerned? What’s got my little geek heart all aflame?

I think, somewhere along the line—because X-Men, Batman Begins, and Iron Man told origin stories that succeeded both critically and commercially—that the origin story came to be thought of as something that has an intrinsic cinematic value to moviegoers, that the archetype itself is some sort of lodestone that, if only picked up, yields magic.  The truth, as should be obvious to anyone who bothers to look beyond the immediate surface of things, is that those movies, particularly X-Men and Iron Man, are extremely well-constructed.  They succeed as movies first, origin stories second.  The script and the direction don’t rely on the basic components of an origin story to do their work for them.  The writers and actors and directors have fleshed out the characters, spent time creating opportunities for viewer investment at all possible moments, and made sure that their story works not just as a lackadaisical illumination of how X character got from Point A to Badass, but as a narrative experience in and of itself.  Take, for example, the first Mad Max movie, which wasn’t even necessarily conceived as the beginning of a franchise but whose tale of a vengeance-seeking policeman was executed with such muscular vision and cinematic poise that it unintentionally birthed a franchise.

With each passing year and each new superhero origin story, however, it’s become clear that subsequent writers and directors can ape the general look and feel of an origin story but not the substance of its best examples.  There’s also the matter of not really having to do much work when writing an origin story (theoretically) because they all follow a distinct pattern: hero has problem, hero gets power, hero has to figure power out.  You can knock out an origin story screenplay without moving much beyond first-thought, and, as Hollywood has discovered, people will go in droves to see the resulting movie.  From a financial standpoint, origin stories have become a no-brainer investment: minimum effort resulting in maxiumum profit.   What this has created is an atmosphere of origin-obsessed superhero movies that have long ago abandoned complex, fresh storytelling in favor of the rote.  This problem reached its apotheosis with 2013’s Man of Steel.  We’ve actually seen a LOT of Superman in the last few decades (Lois and Clark, Smallville, Superman Returns), so it’s not exactly like we needed a brand-new reboot, but reboot it they did, and with as little narrative acumen as a direct-to-video knock-off.

Archetypal stories and figures move in glacier-like cycles through the attention span of pop culture.  Slasher flicks gave way to torture porn gave way to found footage, to use horror as an example.  Vampires gave way to zombies gave way to whatever monster will capture the zeitgeist of the popular imagination next. The obsession with the origin story is weirdly appropriate for the Information Age and the social media generation, where everyone is the star of their own Facebook reality show and builds their own “super” origin story out of their life narrative.  We powerless mortals no longer identify with the hapless humans who help the superheroes: we see ourselves as the superheroes, misunderstood and put upon but ascending to a great destiny, while pop music assures us that we were “Born This Way”, that we’re a “Firework”, that we’re never less than “Fucking Perfect.”  It’s the delusional opposite of Generation X disaffection, which at least had the virtue of cynicism.  Who can say whether the Men with Suits have articulated this connection, but they perceive enough about the way social psychology works to know that the contemporary moviegoing audience spits out $$$ when certain buttons are pressed, and they press them with gusto.  The good news is that the origin story is quickly turning into a fallow field, in need of crop rotation.  There are only so many heroes to make movies about, only so many ways to depict a brave-but-reluctant soul’s rise to power.  Now that everyone from Tony Stark to Peter Parker has had the murky origins of their heroism fracked and stripped of every possible vein of crude, superhero movies will eventually be forced to turn to other types of stories, new chapters, new problems.  To be honest, this will probably be the death of the superhero boom; Millennials will care little for Captain America’s middle-aged struggle with morality because it doesn’t say anything to them about the movie of their lives, and the dollars will stop flowing in a Mississippi-like torrent to the glass eyries of Los Angeles.  That’s good; it’s necessary.  We need to let the superhero lie dormant for a while.  It’s only out of a period of dormancy that a given archetype returns to cinema with vim and vigor.  Think Batman 1989.  Think X-Men 2000.  I’m personally looking forward to ten years without capes and noble martyrdom.  Maybe by 2020, I’ll be ready for some more. 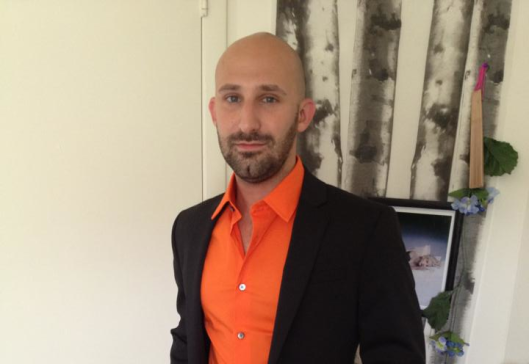 Mark Pursell (Episode 75) is a lifelong geek and lover of words.  His publishing credits include Nimrod International Journal, The New Orleans Review, and The Florida Review, where he also served as poetry editor.  His work can most recently be seen in the first volume of the 15 Views of Orlando anthology from Burrow Press.  He currently teaches storytelling and narrative design for video games at Full Sail University in Winter Park, Florida.