Dramatic Stakes, and Why Dawn of Justice Will Likely Suck

Thirty years ago when Frank Miller’s The Dark Knight Returns series appeared, this epic of what would happen to superheroes in the future changed the culture of comic books. Miller introduced an expressionistic art style that could be crude and gothic. Miller worried about the physics of the world Batman inhabited, so that the world was as real as the art was wild. And by making his heroes old, he inadvertently revealed American culture’s doubts about whether these pop culture icons could be meaningful with about fifty years of continuous storytelling occurring with many of the same archetypal characters. 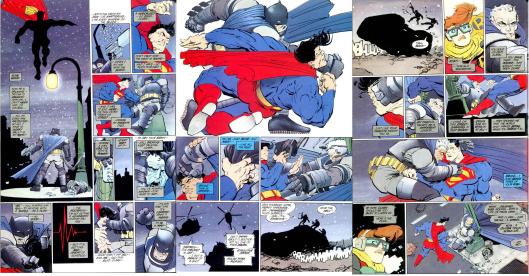 If you want people to read your fiction or watch your play or film, the dramatic stakes need to be high. Highly abstract emotions and average slice-of-life narratives might be appealing, but they are most appealing when they turn out to be related to high-stakes storytelling. Gatsby has to die trying to outmaneuver the American class system in the name of love. Isabel Archer must learn that her freedom and pride were high prices to pay at the expense of her truest friendship, the depths of which she should have seen earlier. And Batman must try to slay Superman to prove the truth of his own perhaps unhealthy convictions.

High-stakes define character in indelible ways, and watching such storytelling changes us, when those stories are good.

This is why Batman v. Superman: Dawn of Justice is likely to be terrible. 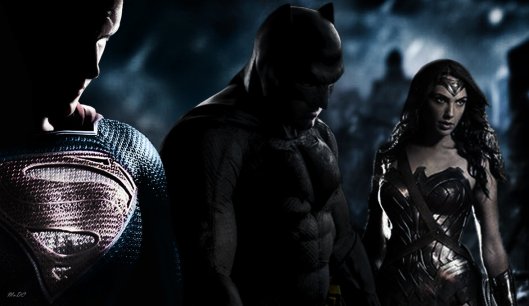 Besides the actual animated adaptation of The Dark Knight Returns, no other movie seems to be leaning quite so heavily on the Miller comic. In Batman v. Superman: Dawn of Justice, we are going to see Batman in battle armor face off with Superman, but this will not be their final confrontation. Instead, this looks to be the beginning of a beautiful friendship, in which they can quip to one another about how cool Wonder Woman is, since a glib Lex Luthor will create a new villain that makes the rivalry, the fatal ideological and psychological conflict, between Batman and Superman irrelevant on their way to kicking a lot of CGI ass.

Episode 145 of The Drunken Odyssey, your favorite podcast about creative writing and literature is available on iTunes, or right click here to download.

In this week’s episode, I engage in an epic, manic conversation about the creative appeal and history of comic books and superhero storytelling with Patrick Hawkins. 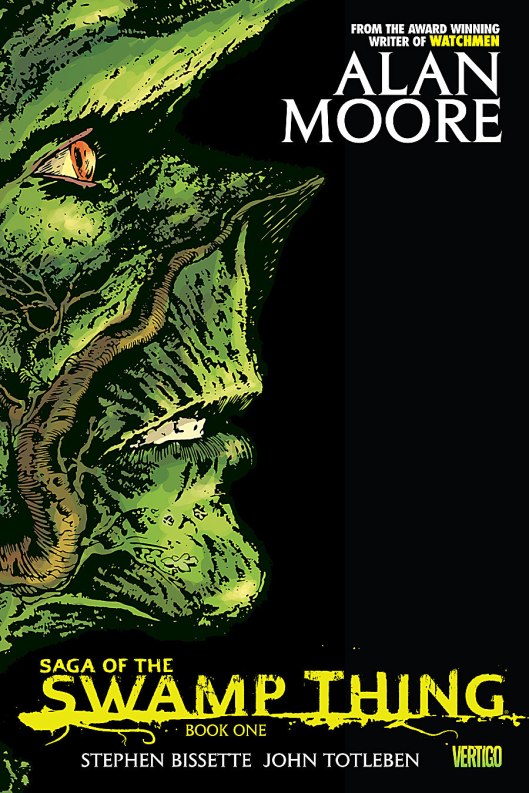 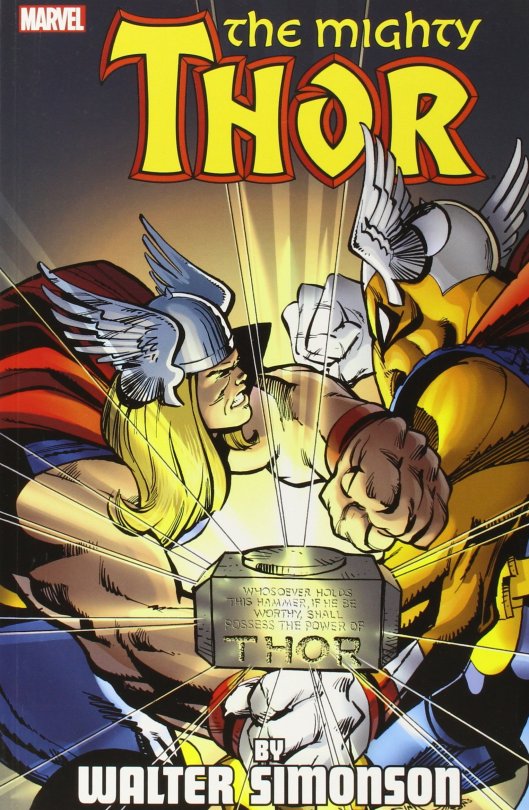 Four important panels that John came across early in his reading life:

from The Incredible Hulk #182.

Patty Hawkins is a geek theorist & humorist which is politer and more marketable than calling himself a fatuous gasbag who has seen & read far too much media involving capes, swords & ray guns. He makes no claims other then speaking the truth as he sees it about geek culture without sucking up or snarking down.

He is the producer & host of Come Get ∑ [pronounced ‘come get sum’] a new TV/webcast set to debut in 2015 focusing on geekdom as a social culture instead of an exploited clichéd demographic of basement dwellers & cosplayers.

He is one of the founding members & manager of The Geeks Of Comedy, a touring confederation of geek comedians who hack into all facets of fandom & fanDUMB with blistering honesty & self-effacement instead of lame ass Aquaman jokes.

He is also Patrick The Uneducated Critic and reviews films at his own caprice when they roll over on his Netflix queue (YES I’m one of the weirdoes that still pays to get the damn discs mailed to me).

He is a contributing panelist on the MarkWho42WHOniverse, a Dr. Who discussion podcast that bridges the generational gaps between Whovians which is not as easy as it sounds…

In his day jobs his is co-owner of TyFy Studios, an audio production facility, an Ideator at Ideas To Go, & is an Equity actor for Walt Disney World.

Go back and listen to Patrick perform some geek comedy as part of The Drunken Odyssey’s Nerd Love live show back on episode 47.

Episode 145 of The Drunken Odyssey, your favorite podcast about creative writing and literature is available on iTunes, or right click here to download.