In 2000, Bryan Singer’s X-Men hit theaters. It made almost $300 million off a $75 million budget. Two years later, Sam Raimi’s Spider-Man earned over $800 million on a budget of $139 million. Once money starts getting made, people pay attention. Comics became cool. Sure, they had their followers in certain circles for many years, but I’m speaking about the mainstream audience.

Around the same time, there seemed to be resurgence in mainstream comics. The 90’s were over, and the concentration on style over substance seemed to end with it. Marvel Comics brought in Bill Jemas and Joe Quesada to bring the bankrupt company back to glory. (And whatever anyone says about Jemas these days, without him who knows if Marvel would be where it is today.) And when one company begins to push into new areas, other companies follow. Image Comics, especially, has had a strong line-up, and by the sounds of what’s coming in the next year, it will be even stronger.

Not only were comics getting more mainstream attention, they were getting better and more diverse. 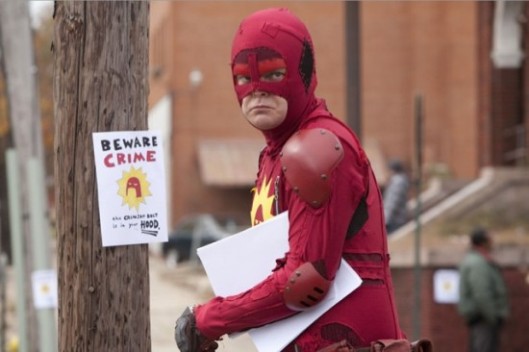 When I was a kid, comics were looked down on. My mom tried to get me stop reading comics nearly every week. It wasn’t until she read an article about a millionaire in the newspaper that mentioned he was a comics reader that she gave in. (There’s that money thing again.) But in the 2000s, comics were cool again. They started to get carried in stores that weren’t specialty shops. More and more were being optioned for TV and film. Everything was good, right?

While comics as a medium has become more respectable, superhero comics still are looked down on. I’ve found many of the new readers of the past decade fall in love with comics such as Maus, Blankets, Sandman, The Walking Dead, Y: The Last Man. (Although I’m tempted to make an argument that Y: The Last Man is a spin on the superhero concept. Maybe for a future blog.) When I suggest series like New X-Men, Swamp Thing, Animal Man, Invincible, and Daredevil, these new readers not only show no interest, but they seem to scoff at my suggestion and give me a look that says, “Really?”

Quite frankly, I couldn’t care less if someone wants to read superhero comics or not, but it bothers me to think about such great series being overlooked by comic book readers because of the stigma of superhero comics not being intelligent or deep. One reason I love comics, and have stayed interested in comics for twenty years, is the diversity of the medium. Anything can be done in comics. There’s no budget or technology issues like in film or TV, and when something seems too complex for a reader to understand in prose, an artist can draw it. Now that I think about it, comics are my favorite medium. I read comics like Blankets and Strangers in Paradise, as well as X-Men, Spider-Man, and Invincible. And, quite honestly, there have been moments in superhero comics like X-Men and Animal Man that have a greater effect on me than anything in Maus.

On one hand, when someone seems to look down on my offer to read a superhero comic or the idea of superheroes in general, I want to tell them to fuck off and not be bothered with them anymore. And many times I have done that. But the real problem of people looking down on superheroes isn’t that they don’t get to experience those comics. It comes back to money.

Take for example, anything put out by Warner Bros. in the last decade, like Christopher Nolan’s Batman films. While admittedly I’m not the biggest fan of them, I think it would be difficult to argue that they aren’t quality films. The acting, direction, cinematography, is superb—well, except for Bale’s voice. From a technical standpoint the films are incredible. I’m not gonna get into Nolan’s version of Batman or Bruce Wayne because there has been so many versions in the comics over the decades that each person has their own idea of the Batman universe. But, I would find it difficult to listen to someone say they are superhero films or really Batman films, except for the characters’ names. They’re crime movies featuring, in place of the usual detective that operates outside of the law, a character that dresses up in a bat suit. It’s been noted by many people that The Dark Knight is basically Michael Mann’s Heat.

The villains of the films, each one great in their own way, weren’t anything like the comic book version, and not just in look or other ways that a change of medium requires. Gone was the Lazarus Pit. Gone was Joker’s fall in acid. Gone was Bane’s Venom serum. If one of these was missing over the course of the trilogy, or if other things were kept from the comic, maybe it wouldn’t seem like it. But a major part of superhero comics lies in the fantastical, and these films did everything they could to deny that element. Even many of the reviews for the film stated things like, “Not just a superhero film.” Whenever something is not just anything, you’re saying whatever after just is inferior. Warner Bros. sold their soul for mainstream attention and money.

Man of Steel, which was a decent movie, was an awful superhero story. There was no hero in it. Even mentioning the character’s name was a joke. DC heroes aren’t the only ones though. Daredevil suffered the same way. Fantastic Four (which has fantastic in the title and yet the film gets rid of nearly everything that’s fantasy in the film). I’d even argue the early X-Men films, until X-Men: First Class and the upcoming X-Men: Days of Future Past.

Superheroes are fantastical. When Superman was introduced, he became popular because he was a fantasy—throwing evil landlords off buildings. (Though he did lack many of the powers he has currently.) Built into the superhero concept is a bit of fantasy, no matter if they are meant to live in the real world or not. There’s a difference between approaching the work in a serious manner and making it real. While Robin Hood isn’t a comic book character, I do believe he’s a superhero. Ridley Scott’s film on the hero is another great example. It’s as if they had a meeting and said, “Let’s take out every fantasy element, everything that makes the story special, and make it real.” Do people think the real world is so boring and shitty that they have to rip the fun and fantasy from characters?

I was watching The Crow a few weeks ago. I hadn’t seen it in years. I find it very difficult to watch knowing that in the making of this film, a story of a man who comes back from the dead to take revenge on his and his fiancée’s killer, Brandon Lee was killed. But I realized what had happened to superhero films in the last decade or so. Everything needs to be explained these days. In The Crow, Brandon Lee’s Eric Draven returns to life at the beginning of the film as the title character. The audience must accept that this happened and the film moves on. There’s no big explanation for it. It just happens. But anyone who watches this movie can’t say that the superhero film is kitsch or isn’t taken seriously. I’d find it difficult to say The Crow isn’t more serious and dark than Nolan’s Batman trilogy. Yet, it still holds onto the fantasy of it all When people look down on superheroes, that part goes missing. What’s left?