The Curator of Schlock #56 by Jeff Shuster 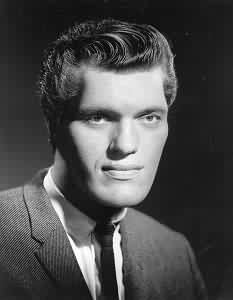 Before I start this week’s review, I’d like to say a few words on the passing of actor Richard Kiel. Many of you may have known him from the Mystery Science Theater 3000 favorite, Eegah, or the Solarite from William Marshall’s The Phantom Planet. I knew him as Jaws, the greatest Bond movie henchman ever! Kiel is one of the many reasons The Spy Who Loved Me remains my favorite James Bond movie. He was the one bad guy James Bond never managed to kill. Jaws even showed up again in Moonraker (a future entrant to The Museum of Schlock). Rest in peace, Richard Kiel. You’ll always be undefeated.

Lupin the 3rd  The Castle of Cagliostro

To call Hayou Miyazaki the master of Japanese animation might be an extreme statement since it overlooks the work of other masters such as Mamoru Oshii and the late Satoshi Kon. Still, Miyazaki is a director who has constantly exceeded my expectations. His final film, The Wind Rises, brought tears to my eyes. But before he created such classics as Ponyo, Spirited Away, and Princess Mononoke, he had directed a Lupin the 3rd movie titled The Castle of Cagliostro. It was a film changed cinema forever.

The Castle of Cagliostro was released theatrically in Japan in 1979, one year after The Mystery of Mamo. I can’t imagine what audiences back then made of it, but for me, the contrast in tone between the two movies was so drastic that I couldn’t believe both were about the same character.  The Mystery of Mamo would have rated a hard R whereas The Castle of Cagliostro is a solid G rating in my opinion. 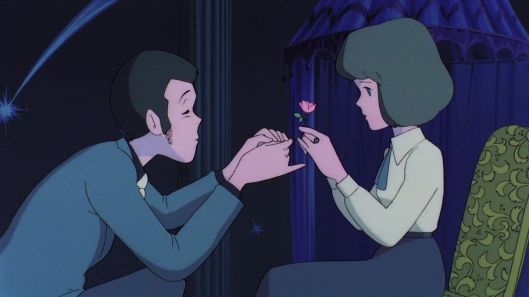 Lupin the 3rd has changed from a crude lecher to a gentleman (though there is a scene where he flashbacks to his wayward youth). Lupin is has downgraded from a sports car to a Fiat 500. He’s also wearing a sea green jacket as opposed to the traditional red. A lot can change in a year.

I’ve heard rumors that Hollywood animation studios were so taken aback by the quality of this film that they prevented it from coming to North America. I don’t know if that’s true and if so, I doubt it was Disney since they’re now the distributer of Miyazaki’s other films. Still, it’s odd that the only form this movie showed up in North America was in the form of a laserdisc arcade game called Cliffhanger. The Castle of Cagliostro must have some rounds at film festivals somewhere in the States. I know that Steven Spielberg saw it. He remarked that The Castle of Cagliostro contained the best car chase scene he had ever seen on film.

Is the car chase as good as he says?

Lupin’s Fiat gets a flat, and Jigan has to fix it. Lupin relaxes on the roof of the car enjoying the sunny weather when a car rushes past them. This car is being driven by a runaway bride. Hot on her tail is another vehicle filled to the brim with what looks like bowler capped gangsters. Lupin gets back in the driver’s seat, pulls a lever setting off some sort of nitrous, and they’re off! Jigan asks, “Which are we helping?” Lupin replies, “The girl!”

At that moment, we’re with these characters and we’ll follow them wherever they take us. We have a princess in peril, an evil count, a worldwide counterfeiting scheme, an army of shadow assassins, and a castle filled with more traps than an Incan temple.

Lupin the 3rd The Castle of Cagliostro is getting a DVD and Blu-Ray rerelease later this year. It will even include the original Streamline Pictures English dub.It will also include the Manga English dub which you should avoid. If you like movies, add this one to your collection. As for Hayou Miyazaki, thank you for 35 years sublime cinema. You will be missed.

Jeffrey Shuster (episode 47, episode 102) is an MFA candidate and instructor at the University of Central Florida.

1 thought on “The Curator of Schlock #56: Lupin the 3rd (The Castle of Cagliostro)”