The Legend of the 7 Golden Vampires by Jeff Shuster

Shaw Brothers meets Hammer. Did someone lose a bet?

Hey, Halloweenies, it’s the time of year again, time for your Curator of Schlock to transform into the Curator of Shock! And I’ve got some scary movies this month. At the behest of his editor, John King, he will be reviewing Kiss Meets the Phantom of the Park, but not this week. Anything involving Kiss deserves extra attention from your curator and with Hurricane Matthew barreling down on my fair city this weekend, your curator is a tad distracted.

In the meantime, let’s talk about a movie about kung fu vampires or something to that effect. Yes, the legendary Hammer Studios meets the legendary Shaw Brothers Studio in the legendary mash up, The Legend of the 7 Golden Vampires. 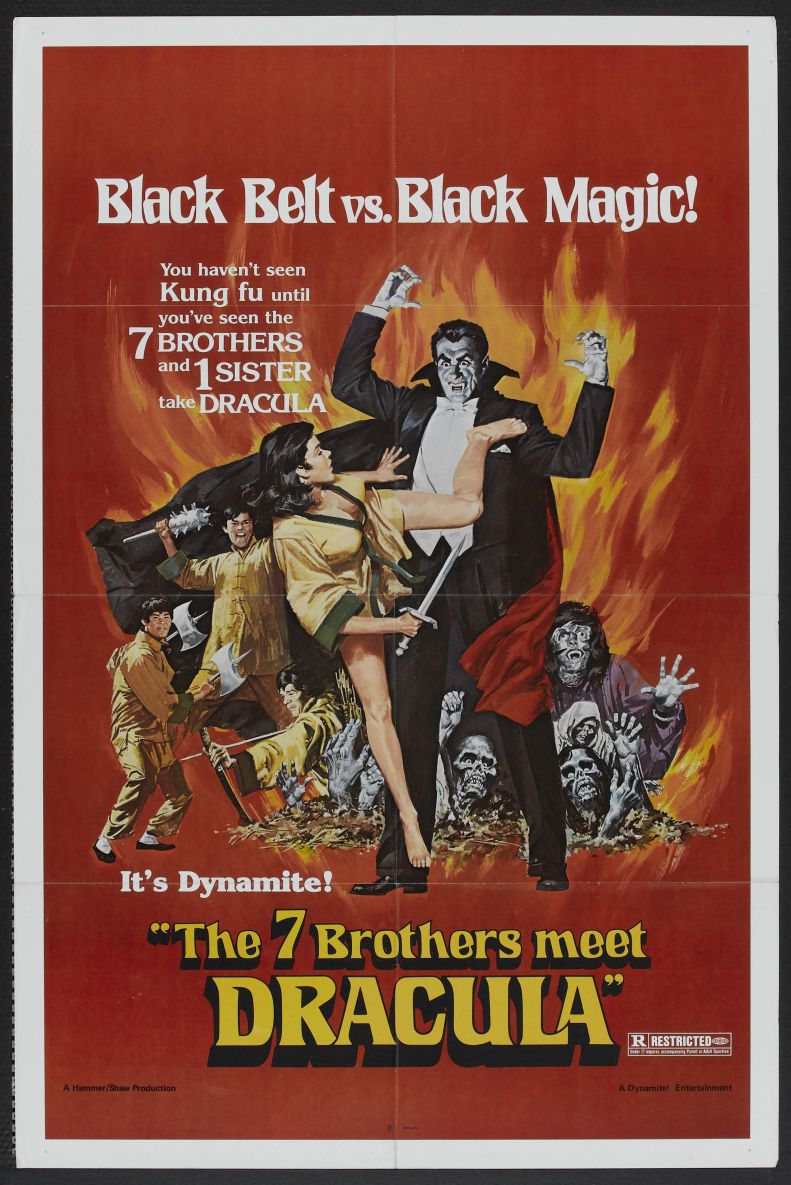 Our movie starts out with some Chinese monk named Kah (Shen Chan) visiting Count Dracula’s castle in Transylvania. Kah is a worshiper of the 7 Golden Vampires, but they’re sleeping right now and he needs Count Dracula to bedazzle them with his vampire powers and wake them up. Count Dracula (John Forbes-Robertson) says he doesn’t grant the wishes of minions, but decided to steal Kah’s likeness and travel to China so he can command the 7 Golden Vampires to help him take over the country. I guess he kills Kah while taking over his visage? The movie isn’t clear. I don’t like it when movies aren’t clear. 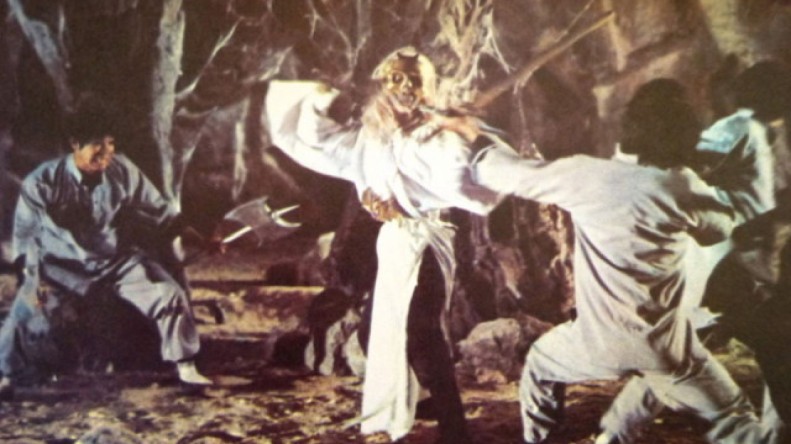 So Professor Lawrence Van Helsing (Peter Cushing)is visiting some Chinese University, giving a lecture on Vampires to an assembly of students and professors. Van Helsing believes that vampirism originated in China. Huh? That doesn’t make any sense. The students and professors chide him for presenting his superstitious European beliefs to an advanced country such as China. I feel kind of bad for Van Helsing in this scene. He comes off as way past his prime, his glory days of fighting Dracula a now distant memory. I can’t help but imagine him stealing the towels from the hotel he’s staying in.

And then we have Van Helsing’s son, Leyland Van Helsing (Robin Stewert) who comes off as a bit of a twit. He meets a wealthy suffragette named Vanessa Buren (Julie Ege). She’s also a widow and the movie is unclear as to whether or not she’s murdered her husband because it isn’t mentioned in any way, shape, or form. At first I thought the movie was setting up a romance between Leyland and Vanessa, but they end up falling in love with other characters, namely one of the seven brothers and the one sister of the Hsi family. 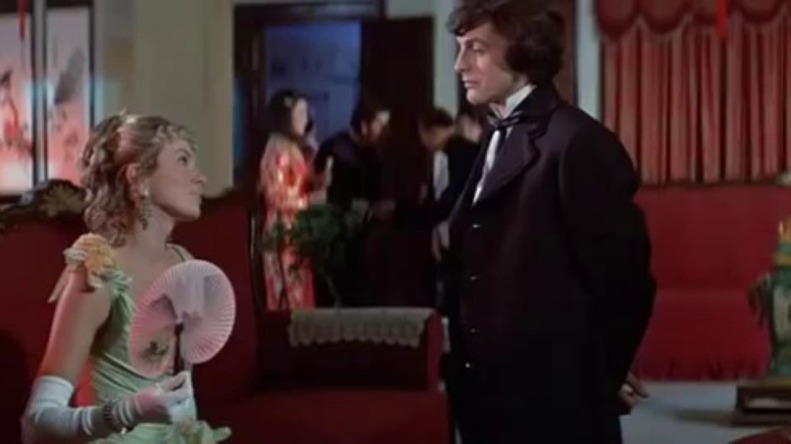 Yes, there are seven brothers and one sister that are all experts in deadly martial arts. Hsi Ching (David Chiang) is the eldest and leader of the group. Van Helsing convinces them to embark on an expedition to a long, lost Chinese village where the 7 Golden Vampires are supposed to reign. Along the way, Van Helsing discovers that vampires in China fear the image of Lord Buddha instead of Jesus Christ. 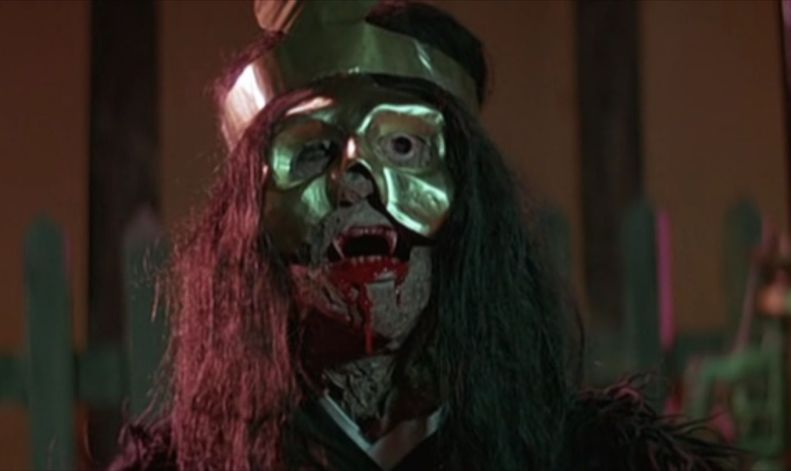 Ummmm. I don’t understand how that works. If you’re a vampire living in China and were a Christian before you were turned, do you fear Lord Buddha or Jesus Christ? Van Helsing doesn’t bother to explain any further. Are the Chinese vampires a different undead species from the European ones?

They look like they have crap smeared on their faces instead of clown makeup like Count Dracula does. I don’t like horror/kung fu movies that make me think! And I didn’t get to see Count Dracula use any kung fu in this movie!

He didn’t even do a crane dance!

1 thought on “The Curator of Schlock #157: The Legend of the 7 Golden Vampires”