The Curator of Schlock #180 by Jeff Shuster

Ever get invited to a friend’s birthday party and you don’t know any of the guests? It’s awkward. You don’t get the in jokes. You don’t want to hog your friend because he has other guests to attend so you strike up a conversation with a stranger who won’t shut up about the t-shirt he’s designed for the cartoon Aqua Team Hunger Force. Then you spend about an hour hiding out in the coatroom with only your GameBoy and a copy of Tetris to keep you company. You slip out half-past nine, hoping that no one sees you leave. Not that this ever happened to. I’m just speaking hypothetically or hypothetically speaking.

That’s how I feel sometimes when I watch a movie based on a novel and it’s pretty clear that I should have read that novel before walking into the movie theater. Joe Bob Briggs went on a rant about The English Patient years back, about how people kept telling him how beautiful the book was, but he didn’t care because he hadn’t read the book. I saw The English Patient. I seem to recall an extra crispy Ralph Feinnes talking about plumbs. I’m sure I’m getting to a point about something. Oh yeah. Sometimes going to see a movie that’s based on a book that you haven’t read is like going to a party where you don’t know anybody. And sure you could just read the book just like you could mingle and be sociable with new people, but who wants to do that?

For instance, let’s look at Hammer Studio’s adaptation of the H. Rider Haggard novel She: A History of Adventure. I mean I’m lost from the get-go. The movie starts out in Pakistan (or is it Palestine?). 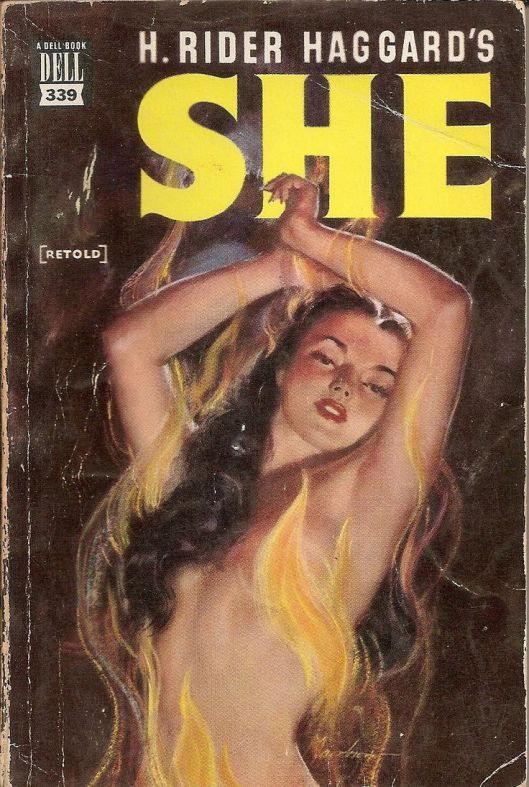 We’re introduced to three adventurer types in some exotic, belly-dancing bar. There’s Professor Holly as played by Peter Cushing, a blond leading-man type named Leo Vincey (John Richardson), and a manservant named Job (Bernard Cribbins). Vincey is pulled away from the bar by a young woman named Ustane (Rosenda Monteros) and introduced to Ayesha, an immortal Queen of the lost city of Kuma. 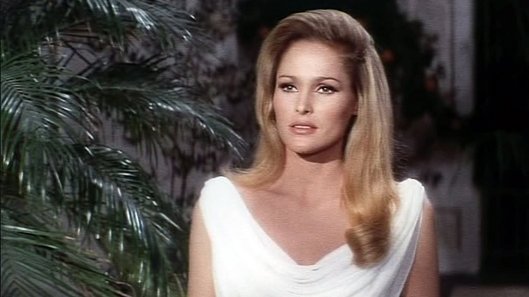 Ayesha gives Vincey the map to the lost city of Kuma and they make out for a bit. Vincey convinces Holly and Job to follow him out into the desert to discover the lost city of Kuma. Ayesha will be waiting there for him. Vincey sees a vision of Ayesha in an oasis on the way. Ayesha says she’ll give him anything he desires. Vincey desires her. We learn at some point that he’s the reincarnation of an old lover of Ayesha’s named Kalikrates. That’s a funny name. Kalikrates. It does kind of roll off the tongue. Vincey experiences a flash back of Ayesha stabbing Kalikrates to death. Hmmmmmmmm. That might be a red flag . Murder is not a good way to start a relationship. 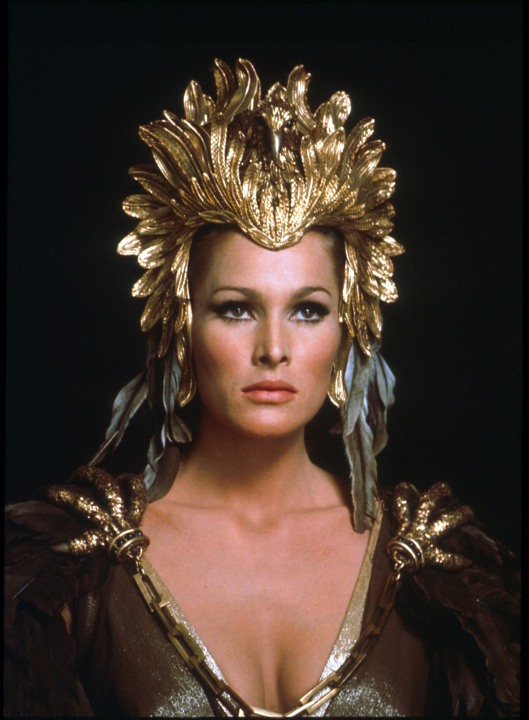 Vincey doesn’t care about the murder of his past self. The fact that Ayesha rules over her people with an iron fist and throws slaves into lava pits doesn’t seem to faze him either. Her beauty bewitches him. Plus, there’s the prospect of becoming immortal after he walks though some kind of sacred thingie. It would have been funny if he just caught on fire when he walked into the flame, if this whole thing was just a sick prank by Queen Ayesha that she cooked up while she was bored. Let’s see. There’s a slave uprising. Christopher Lee shows up at some point. The rest escapes me. I think it has a sad ending, something to do with being careful what you wish for or some such rubbish.