The Curator of Schlock #236 by Jeff Shuster

Mandy Moore in a shark cage.

July 2018 came and went, but brought with it a many splendid thing. Like the trailer for that new Aquaman movie. He’s not wearing the orange trunks, though. He could also do with a shave and a haircut if you ask me, but maybe he’ll work his way up to the Aquaman we know and love.

But we care here at The Museum of Schlock. Don’t bother with TV shows. They’re a waste of time. Cinema is where it’s at. Tonight we’re watching 2018’s 47 Meters Down from director Johannes Roberts. 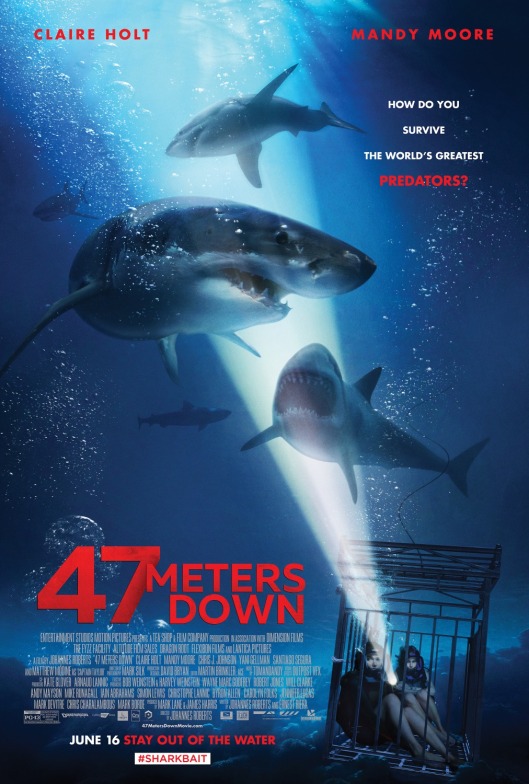 It stars Mandy Moore and Matthew Modine. It’s about two sisters, Lisa (Mandy Moore) and Kate, having a fabulous vacation at a Mexican resort. Or they would be having a fabulous vacation if Lisa wasn’t moping about her ex-boyfriend. Apparently, he left Lisa because she was boring. Details weren’t giving, but I would hazard to guess it had something to do with Lisa’s refusal to wear the Raggedy Ann costume on their anniversary.

Kate and Lisa meet a couple of local boys who tell them of a crusty, old sailor who takes passengers out to the middle of the ocean, fits them with scuba gear, sticks them in cage, and dunks them in the water so they can see killer sharks up close. Lisa thinks this is dangerous, but Kate reminds Lisa of how boring she is and how boring girls don’t get the guy. Plus, if Lisa posts pictures of herself underwater in a shark cage, surely her ex-boyfriend will come running back to her.

The crusty, old sailor is played by Matthew Modine. His name is Captain Taylor. And unlike Captain Phillips, he remains the captain throughout the entire movie. There are no emaciated Somalia pirates trying to steal his vessel, mainly because it’s a hunk of junk. Captain Taylor asks them if they are certified scuba divers. Kate says she is. Lisa isn’t a certified scuba diver because being such a thing might make her less boring, but she lies and says she’s certified.

After boarding the boat, Lisa has some trepidation about going into the cage since it’s rustier than her Spanish language skills. Captain Taylor insists that it’s safe.

A man named Javier (Hey, it’s my Spanish namesake!) proceeds to chum the water with rotten fish parts and blood. Lisa points out that it’s illegal to chum ocean water. Javier asks how else should he get the attention of the sharks? Should he call them? “Hey sharks!” he screams. 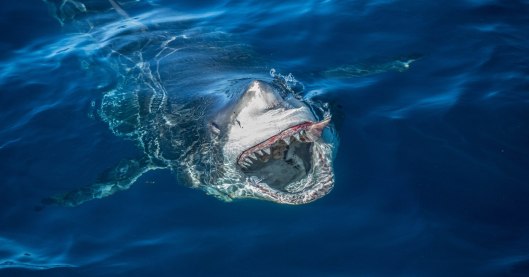 Yes, we hate Javier at this point.

The girls get in the cage and under the sea they go. It’s a magical experience filled with blue luminescence, colorful fish, and aggressive sharks. And then the cage falls 47 meters down. I’m not trying to sound negative, but even Ethan Hunt couldn’t get out of this mess. FYI, this movie is actually adapted from Matthew Modine’s debut novel, Boring Girl Gonna Die in the Shark.