The Curator of Schlock #330 by Jeff Shuster

Mimsy Farmer twice in one year? How did that happen?

Jervis showed up to the mansion with three hippie hitchhikers he picked up on his way back from “taking care of his sick mother.” The new house guests are named Indigo, Saffron, and Celestial. I haven’t had a chance to bring up the coffin I saw in the basement because the beardy boy named Saffron won’t knock it off with the tambourine playing! Celestial seems cool enough. She keeps asking me what my sign is, but Indigo, the intellectual, keeps wanting to talk about late stage capitalism. Saffron reeks of patchouli oil. I’m not liking this one bit. 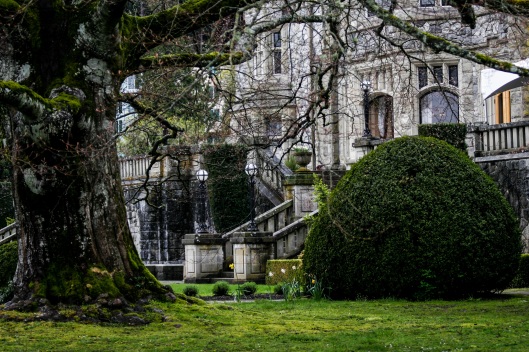 Tonight’s giallo feature is 1975’s Autopsy from director Armando Crispino. The movie begins with scenes of different people committing suicide. One is an old guy tying a plastic bag around his head before throwing himself into a river. Another has a driver lighting a match and setting himself and the car on fire. The third suicide is a father machine gunning himself to death and murdering his two young daughters. Okay. So this is a little dark.

Next we get to see a bustling Italian mortuary filled with doctors and corpses. Not my idea of a dream job. We’re introduced to Dr. Simona Sana (Mimsy Farmer), a brilliant young woman who also has waking nightmares. She sees the corpses of the mortuary get up and walk around. Some of the corpses even make love to each. I’m not sure what Sigmund Freud’s diagnosis would be be, but I think she’s whacko. Oh, did I mention Simona has visions of screaming corpses every time she tries getting intimate with her boyfriend, Edgar (Ray Lovelock)?

Anyway, we learn that Betty is only half American. The other half is Italian. Her mother was American. Her father is Italian. Her mother is dead. Her father is planning to remarry. Did you get all that? He’s planning to marry again. I think it’s to a young, vivacious red head named Betty Lenox (Gaby Wagner) whose body ends up being found a couple of days later. Betty supposedly shot a bullet through her head and it knocked one of her eyes out, but one of the lecherous coroners was able to pop it back in.

Betty’s brother, Paul Lenox (Barry Primus), shows up to identify the body, but he refuses to accept that she committed suicide. You see, Betty had confessed her sins to her priest before she died and was happy to move on with her life. Oh, and the priest is the aforementioned brother, Father Paul Lenox, who used to be a race car driver before he caused a major accident at Le Mans that killed six people. Father Lenox is also prone to fits of rage. I seem to remember a scene of him shaking poor Simona demanding that she “respect him.”

You know, it wouldn’t be the first time a priest turned out to be the murderer in one of these movies, but that would be too easy. Father Lenox has his problems, but that doesn’t make him a murder. Unless you count those six people he killed a Le Mans. But that was before he became a priest. There’s more weirdness that awaits, but you kind of need to see it for yourself. Oh, and I forgot to mention that Autopsy was scored by the late, great Ennio Morricone. Also, you get to see Mimsy Farmer in the buff, but you didn’t hear that from me.