The Curator of Schlock #78 by Jeff Shuster 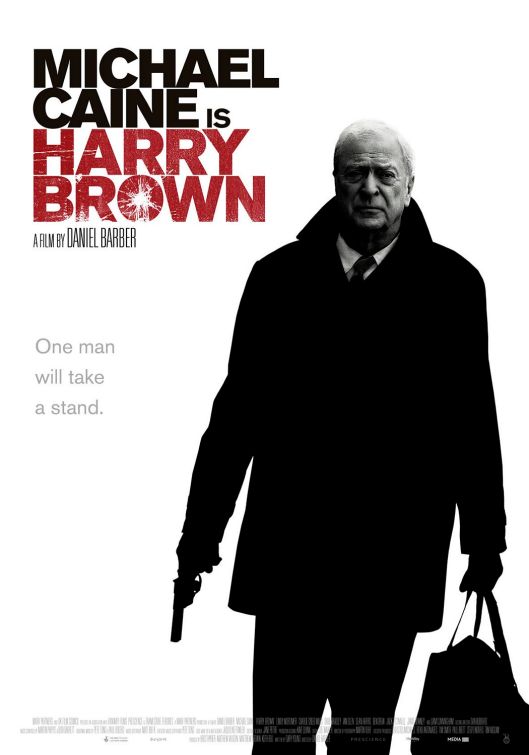 Vigilante Month: International Edition continues with a trip to merry old England, only old England ain’t so merry. It seems like a bunch of hoodlums have taken over the city streets and there’s nothing the coppers can do about it. Druggies take shots at mothers with baby carriages. They beat up guys trying to get to their car. They set bonfires in old mens’ apartments. What is with the setting of fires in people’s apartments? An apartment is not a camping ground. “An apartment is not a camping ground.” That’s the quote they’ll remember me by.

The title of this movie is Michael Caine is Harry Brown, which is kind of strange. Has Michael Caine led a double life? If he has, he’s a former Royal Marine who was stationed in Northern Ireland back in the day of incidents that U2 songs are based on. Now he lives in a crappy London apartment. I assume that it’s London. I figure if a movie takes place in a city in England that it must be London. They only have the one city, right? 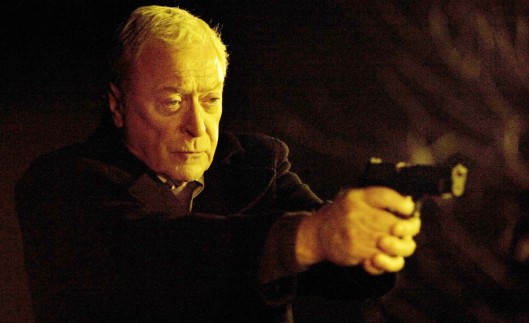 This movie was awarded lottery money by the UK Film Council. How does that happen? All you need to do to get that money is say you’re going to make a Death Wish 3 remake starring Michael Caine and half the cast of Game of Thrones. It also stars Emily Mortimer as an ineffectual detective who means well, but can’t seem to do anything about all of the murders in Harry’s neighborhood. Of course, once some vigilante action happens, she’ll be right on the case. 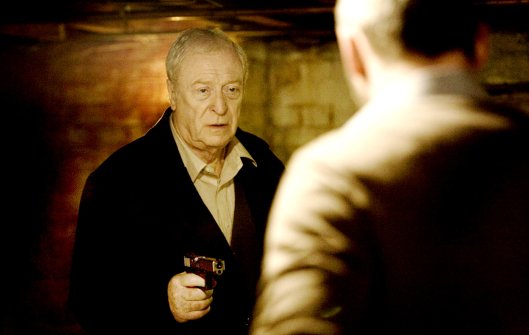 Harry Brown has a friend named Len Atwell (David Bradley) who is being terrorized by the local drug pushers. David Bradley gives a wonderful performance in the sense that I actually feel sorry for him rather than wanting him dead like every other character he plays. Too bad his character gets stabbed to death with his own bayonet by a bunch of hoodlums. Harry gets drunk and stabs a mugger to death on the way home. The police fail to get any of the suspects to fess up so Harry decides he needs to get a gun and shoot some people. 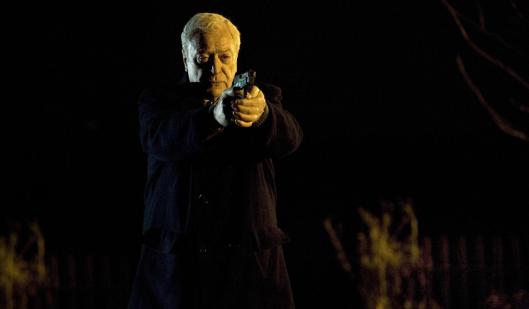 He buys the gun from the most emaciated drug addicts in the city. Really these guys are disgusting, all grody and veiny, growing pot and shooting up heroin. Harry is an old codger, but he’s evenly matched with these two freaks. He gets real mad when the head freak’s girlfriend is overdosing and the head freak won’t call an ambulance. A stabbing and a shootout occur, Harry sets fire to a forest of marijuana plants, rescues the girlfriend, steals the drug dealer’s van, and drops the girlfriend off at the hospital. He also steals a bag full of drug money from the van and drops it all off at the local church poor box. I don’t know. This movie almost borders on respectable, and the moment that happens, it’s all over for the vigilante genre. Why does Michael Caine have to ruin everything? Except for Interstellar. I liked that movie. Wormholes are weird!

Five Things I Learned from Michael Caine is Harry Brown